Even with the Paris Agreement implemented, food and water risks remain

The ‘2016 Food, Water, Energy and Climate Outlook’ by the MIT Joint Program on the Science and Policy of Global Change finds that even if commitments from the  COP21 climate agreement are kept, many staple crops in various regions are still at risk of crop failures through extreme events, but at the same time, yields in many regions are projected to increase.

The study emphasises that with existing pledges made by signatory countries, the 2°C target cannot be expected to be reached. Instead, the potential increase in global mean surface temperature is in the range of 3.1–5.2°C by 2100 relative to the preindustrial level. The researchers then modelled the future productivity of Earth's "breadbasket" regions based on the global emissions path implied by COP21 pledges (not the 2˚C target).

In terms of global food production, the study projects an overall increase in yields, with large increases in some areas (e.g. wheat in Europe, upland rice in Southeast Asia) and a downward trend for others. The risk of major crop failures becomes much larger with erratic weather patterns becoming more common. To benefit from potential yield increases may involve commercially unviable action though, such as moving farming operations northward step-by-step to match changing climate conditions. Furthermore, the authors state:

‘A large share of the beneficial impact of climate change is attributed to increases in CO2 concentrations, which improve crop water‑use efficiency and crop productivity. Without CO2 effects, crop yields are reduced by 8% (maize) to 33% (rice). The quality of cereals, in terms of proteins and other nutrients, may also be reduced.’

In this respect it is important to note that some prominent agricultural scientists believe the CO2 fertilisation effect is regularly overrated, with field trials showing limited benefits compared to theoretical models. See for example this Science paper.

Impacts on water scarcity are projected to be negative. The model shows an increase in water stress in most regions mainly due to population and economic growth but also implicating climatic changes to some extent. Parts of Africa are most at risk. The model predicts that approximately 1.5 billion additional people will experience stressed water conditions by 2050.

A comprehensive set of summarised findings from the Outlook 2016 can be found here. Coverage by Science daily is here.

The Outlook 2016 report itself can be downloaded here (pdf). 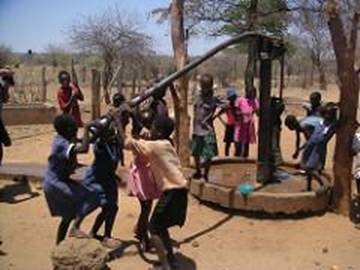