Emissions and water use of Indian dietary patterns

The paper points out that as India goes through a nutrition transition, the “rice and low diversity” pattern - also low in energy, and currently eaten mainly by rural dwellers and farm owners - may be replaced by the other dietary patterns in the study. The study notes that shifting diets away from polished rice and towards more diverse food types could increase micronutrient intakes relative to today.

A limitation of the study is that the dietary data used under-represent people from the east and north-east of India, children and the poorest people. GHG figures were not available for all food groups; data for similar food groups were used instead.

Agriculture is a major contributor to India's environmental footprint, particularly through greenhouse gas (GHG) emissions from livestock and fresh water used for irrigation. These impacts are likely to increase in future as agriculture attempts to keep pace with India's growing population and changing dietary preferences. Within India there is considerable dietary variation, and this study therefore aimed to quantify the GHG emissions and water usage associated with distinct dietary patterns.

Read the full open-access article here. You can contact Dr Green at Rosemary.Green@lshtm.ac.uk. See also the Foodsource resource What is the food system’s contribution to the global GHG emissions total? 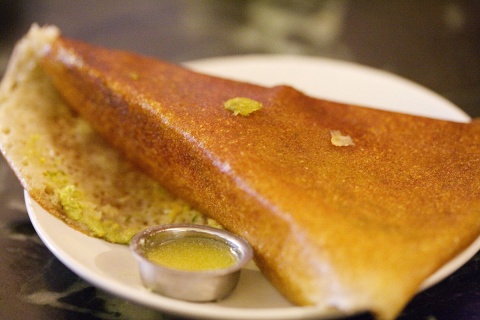