Drivers of changes in agricultural intensity in Europe

The need to make the best use of agricultural land in the face of growing future demand has made sustainable intensification an important area of food systems research. Previous research which focused on this topic, looked at the spatial distribution of the intensity of agricultural production and how this has changed, but according to the authors, did not provide sufficient insight into the drivers of intensification patterns, especially at subnational scales.

This study, seeks to address this research gap by evaluating across Europe, the spatio-temporal relationships between both input and output intensity (represented by nitrogen application and crop yield) and a large range of biophysical and socio-economic variables.

The results show a strong east-west divide in the spatial patterns of agricultural intensity in Europe, with high-intensity agricultural systems in Western and Central Europe contrasting with mostly low-intensity systems in the peripheries of the EU 27. This pattern, the authors suggest, may represent land-use legacies as agriculture shifted to regions with higher potential productivity in the last century, linked to structural changes in agriculture and the economic challenges faced by agricultural enterprises in the early post-socialist period.

Another significant finding, was evidence for a significant decoupling of yield from nitrogen inputs, between 1990-2007, with yields increasing about 10%, while nitrogen application decreased approximately the same amount. Notably, an increase was also recorded in the ratio of yields to nitrogen fertiliser applied for all six crop types analysed in the study (these being: cereals, fodder, industrial crops, labour intensive crops, oilseeds and pulses, and permanent crops). The three possible explanations offered for this trend, are improved nitrogen management practices; the concentration of agricultural production in fertile areas combined with abandonment of marginal land; as well as the effects of policies, such as the Nitrate Directive.

The spatial determinants of changes in agricultural input and output intensity (i.e. yields), were found to vary considerably according to different crop types.  Overall, higher yields were typically spatially related to locations with higher fertilisation rates, higher soil quality, fewer growing degree days (min temp > 10˚C), and higher labour productivity (output per worker, per hour). The relationship between yields and fertilisation is not a surprising one, neither is that with soil quality or labour productivity. However, although yields were strongly related to nitrogen application, predicted yield margins suggested that higher nitrogen input did not result in substantial yield increase. Given the associated environmental impacts of nitrogen, gains from increasing fertiliser use might thus be limited in large parts of Europe.

Higher nitrogen application rates, in turn, were typically spatially related to locations with high soil quality, as determined by water and carbon contents, and high labour productivity. This is explained, in part, by the need for low soil carbon to nitrogen ratios for plant nitrogen uptake. As a consequence, the authors note that to maintain functioning agricultural production systems, apt soil management measures are required in order to prevent soil degradation that could harm future agricultural production

The study concludes by highlighting the possible uses of the research to design pathways for a more sustainable future land use in Europe, including the identification of candidate regions for intensification or dis-intensification, or the evaluation of potential benefits and trade-offs of specific land-use strategies.

The global demand for agricultural products will increase in the 21st century, unless major transformations in consumptive behaviour occur. To a large extent, production increases in agriculture will depend on intensifying existing agricultural systems. Yet, our understanding of what determines the spatial patterns of agricultural intensity and changes therein is limited. Here, we analysed agricultural intensity changes in Europe focussing on yields and fertiliser application for six major crop-type groups for the period 1990–2007. We applied random effects panel regressions to analyse the spatial determinants of intensity changes using a suite of biophysical and socio-economic variables. We found that yields increased and mineral nitrogen application decreased by approximately 10%, suggesting a decoupling of changes in output and input intensity in Europe’s agricultural systems. Yields and nitrogen application across crop-type groups were particularly high in Western and Central Europe, whereas Eastern Europe was characterised by lower yields and nitrogen application. We also found strong sub-national variation in intensity levels in respect to crop-type groups and indicators. Higher yields were typically related to higher fertilisation, high soil quality, less growing degree days, and high labour productivity. Higher nitrogen application rates, in turn, were related to high soil water and carbon contents, and high labour productivity. Our study provides insights into broad-scale agricultural intensity patterns in Europe that allow for identifying trade-offs between agriculture and the environment, as well as entry points for regionalised, targeted policy making towards a more sustainable management of Europe land systems

And through the keyword categories: 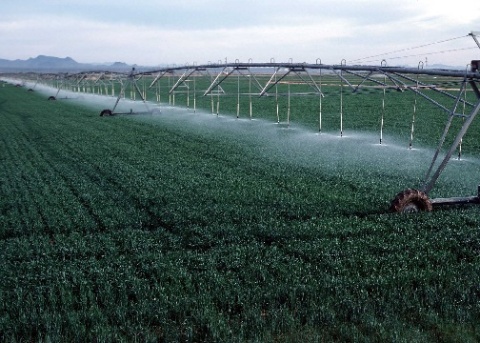