An academic debate on the controversial possibility of decreasing greenhouse gas emissions via increased beef production in the Brazilian Cerrado finds a new set of commentators, who have responded to an original paper by de Oliveira Silva et al. earlier in 2016 in the same journal, Nature Climate Change.

An academic debate on the controversial possibility of decreasing greenhouse gas emissions via increased beef production in the Brazilian Cerrado finds a new set of commentators, who have responded to an original paper by de Oliveira Silva et al. earlier in 2016 in the same journal, Nature Climate Change.

The FCRN is actively following this discussion and the following summaries of the debate are available on the FCRN website:

The original paper by de Oliveira Silva et al. and comments by FCRN members: here.  This proposes that as long as sufficient land controls are in place, increasing beef consumption may reduce greenhouse gas emissions and would actually do so more effectively than cutting down on beef production and associated consumption, since the latter course of action would lead to land abandonment and subsequent degradation. A response by conservation scientist Ben Phalan and colleagues challenges these conclusions on a number of grounds; this, plus the response of the original authors to the criticism can be found here.

A summary of the latest response and counter-response is as follows.

Goulart et al: Object to the presentation of ‘sustainable intensification’ as a feasible socio-ecological solution, despite the fact that this concept is still a matter of controversy. They state that it lacks any solid empirically based mechanism and more specifically, it fails to address equity and local governance aspects that ought to be inherent in its definition.

de Oliveira Silva et al: The research provides a singular mathematical example of a plausible sustainable agricultural intensification pathway. They highlight that such empirically based modelling research is needed for policy development, beyond ‘normative conceptual papers’.

Goulart et al: Object to the assumption of a scenario in which deforestation can be decoupled from changes in pasture area, as this has never occurred in the history of the Brazilian Cerrado. In this scenario, the assumed yield increases would result in the ‘land sparing’ of other areas. Goulart and colleagues here refer to Jevon’s paradox: historically, agricultural productivity increases (and associated reductions in cost) have usually been accompanied by farmland expansion.

de Oliveira Silva et al: Any potential Jevon’s paradox effect is covered by the scenarios used in the study, which are based on empirical evidence in the region, showing decoupling of deforestation from livestock production following more rigorous deforestation control and a changing market environment. This was also contrasted in the study with a worst-case assumption scenario about how deforestation responds to demand.

Goulart et al: Characterise the modelling assumptions of profit maximization as problematic and arbitrary, considering research showing the importance of deviations from the maximization motive by farmers.

Goulart et al: Highlight that the analysis does not take into consideration the local dynamics of small farming and indigenous resource management which is generally regarded as less harmful to biodiversity and more sustainable than intensive livestock on exotic grass monocultures.

Goulart et al: Question the assumption that pasture recovery can be accomplished by fertilization in most of the Cerrado and warn of the negative effects on soil, water, and greenhouse gases this would have.

de Oliveira Silva et al: There is considerable experimental and practical evidence showing that pasture recovery can be accomplished with fertilization in much of the Cerrado. Moreover, all scenarios in the study considered all greenhouse gas emissions using a lifecycle approach. Since little nitrogen is applied in the Cerrado, the issue of water pollution is negligible. Water consumption for intensification measures is also small, the demand being mostly for livestock.

Goulart et al: Question the modelling assumption which uses a fixed value for emissions as a result of deforestation, neglecting the ecological heterogeneity of the biome.

de Oliveira Silva et al: It is impossible to know in advance where deforestation is going to happen in the biome for the period of study. Alternative assumptions would be at least as open to being contested.

Goulart et al: Criticise the proposed recovery of degraded areas using exotic grass, and say that such exotic species have potentially profound effects on the functioning and biodiversity of the Cerrado.

de Oliveira Silva et al: Recovery strategies in the study are based on existing strategies in the Cerrado. There is also evidence to suggest that degraded pastures have worse effects on ecosystem function than productive pastures. They state that the use of native Cerrado species for cattle production is of minor importance.

Goulart et al: The model ignores the regrowth of woody vegetation when pasture is taken out of production, effectively assuming that this does not occur and thereby missing a significant source of carbon sequestration in biomass and soil carbon.

de Oliveira Silva et al: There is no reason to believe that land would be abandoned or taken out of production within the demand range studied. Note that the scenarios were based on projections to 2030. Even in the demand scenario of 30% below baseline, productivity would remain approximately at the current level.

The paper can be accessed here (paywall).

The reference for the response is as follows:

It can be accessed here (paywall). 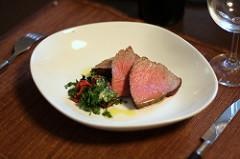