The paper modelled the environmental impacts of several scenarios:

The figure below summarises the diets modelled. See Figure 1 of the paper for full details. 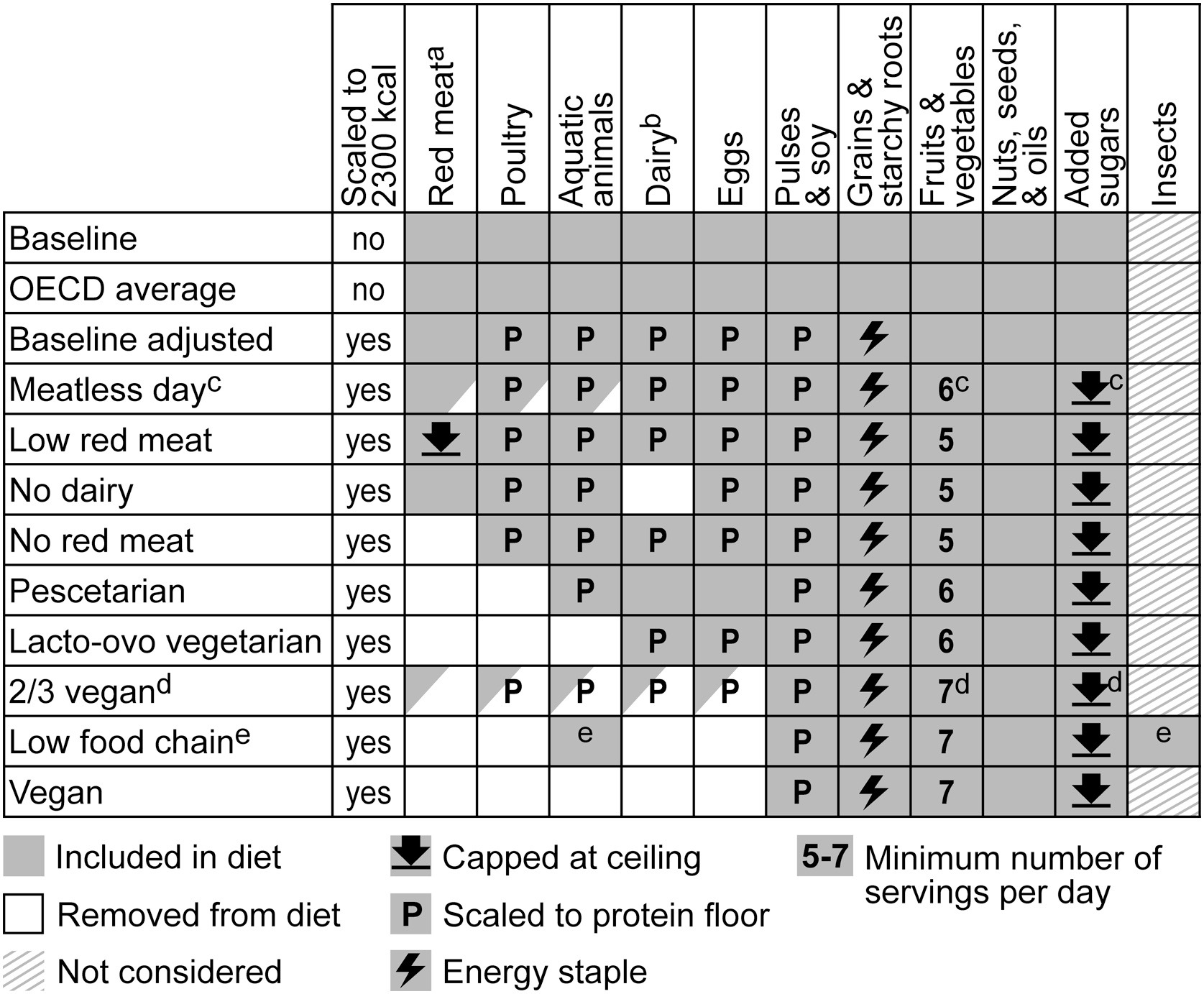 Each of the nine alternative diets was modelled so as to reflect each country’s existing consumption preferences, by scaling up or down today’s consumption patterns to fit the constraints of the new diets (e.g. dairy consumption remains low in South Korea in all diets).

The paper finds that if all 140 study countries were to adopt the current OECD average diet, per capita dietary greenhouse gas emissions would rise by 135% and the water footprint would rise by 47% relative to the baseline. 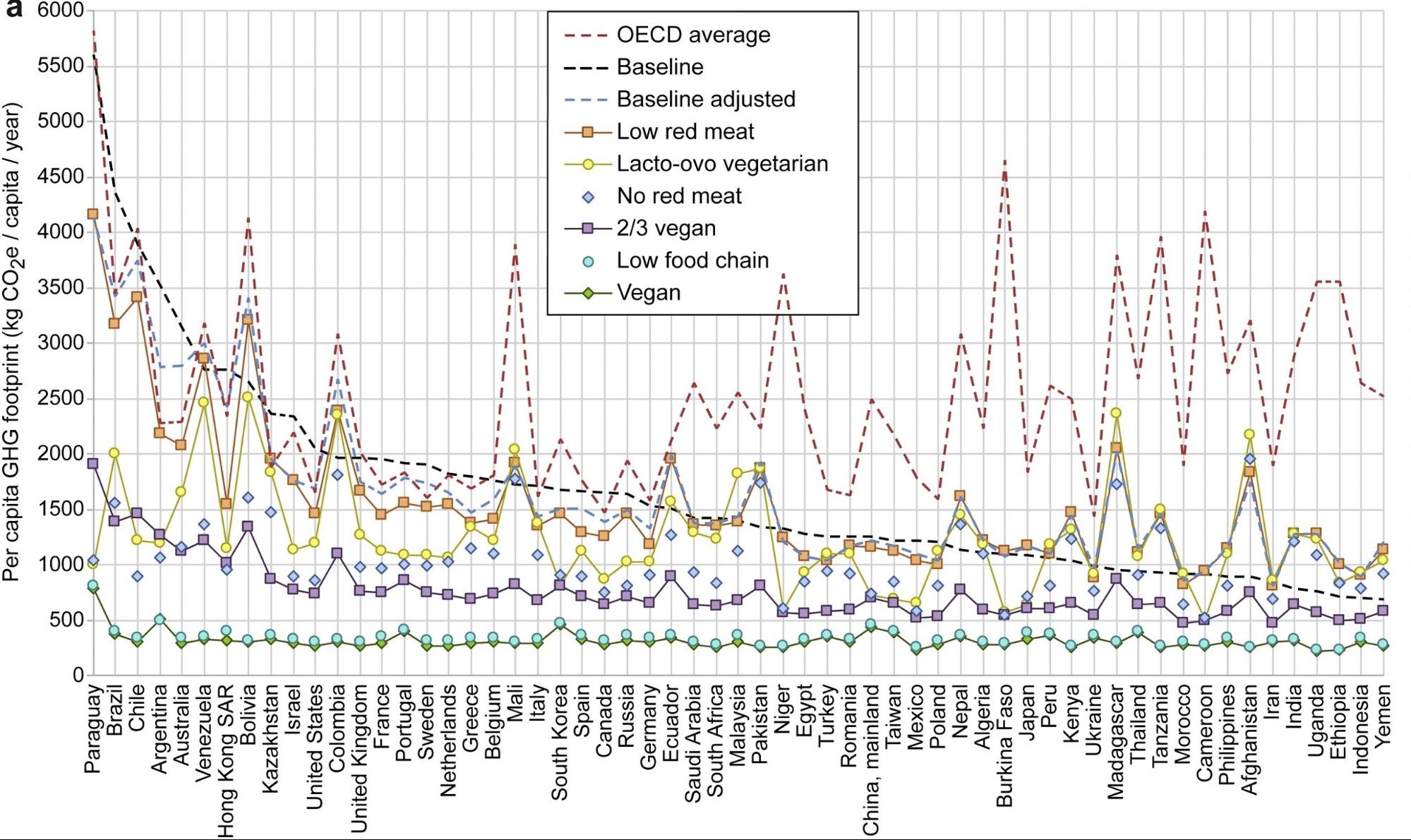 A summary of both average GHG and water footprint (separated into green and blue water, which refer to soil moisture from precipitation and surface/groundwater, respectively) changes is shown below. The range indicates differences between countries. Diamonds represent medians and error bars show interquartile ranges. Cutting out only red meat, or only dairy, leads to greater median GHG decreases than adopting a lacto-ovo vegetarian diet, which itself generally leads to greater GHG reductions than either one meatless day or a low red meat diet. In 95% of countries, the two-thirds vegan diet lead to greater GHG reductions than a lacto-ovo vegetarian diet, due to the high GHG footprint of dairy. 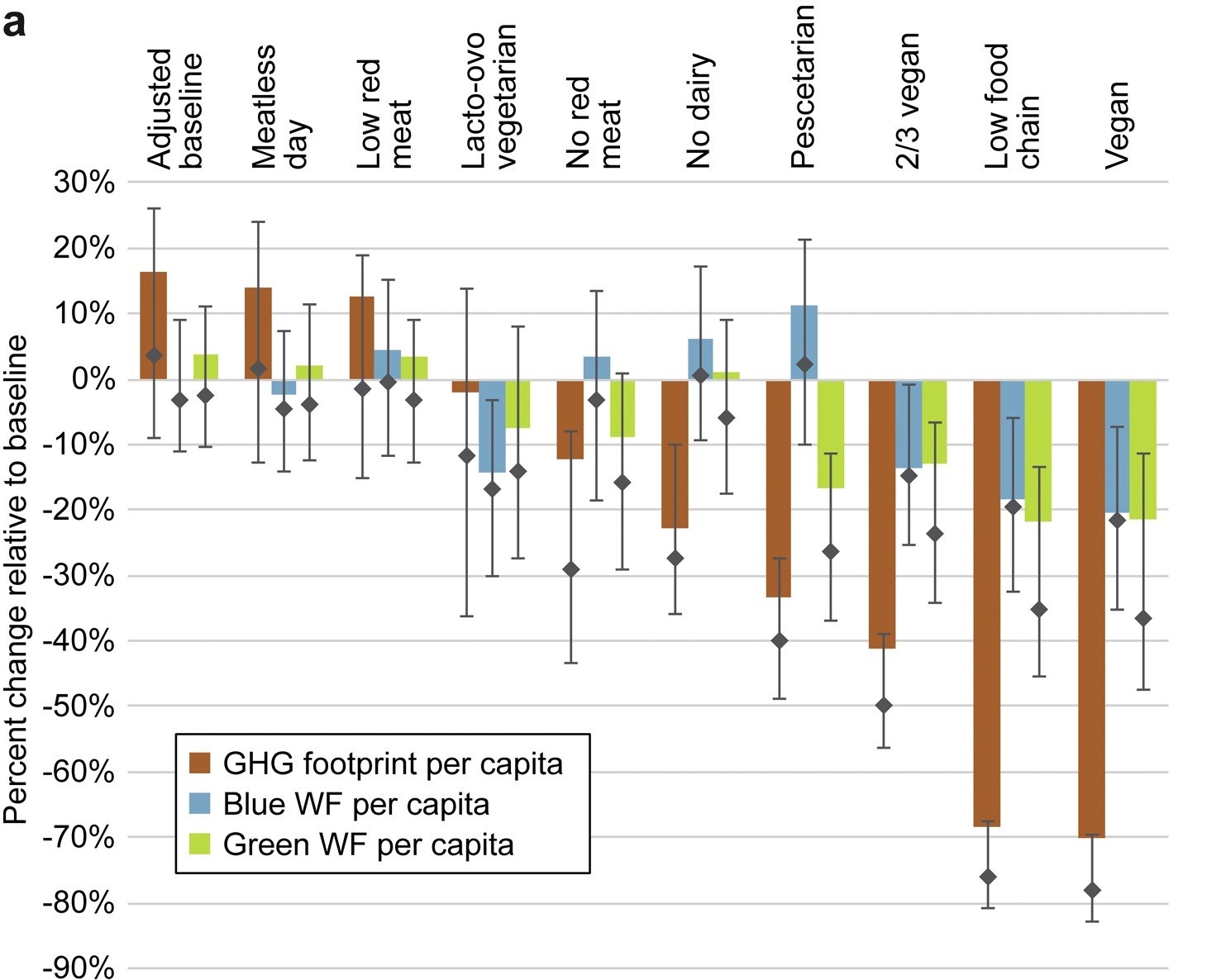 In both of the figures above, the “adjusted baseline” diet refers to current diets being scaled to 2300 kcal per person per day and to provide a minimum “protein floor” of 69 g per day, thus correcting for over- and under-consumption. Some countries have to increase their GHG or water footprints to provide enough calories and protein using their current dietary patterns. Note that the protein floor used here is greater than the 55 g/day reference intake recommended for adult males by Public Health England (source).

Undernutrition, obesity, climate change, and freshwater depletion share food and agricultural systems as an underlying driver. Efforts to more closely align dietary patterns with sustainability and health goals could be better informed with data covering the spectrum of countries characterized by over- and undernutrition. Here, we model the greenhouse gas (GHG) and water footprints of nine increasingly plant-forward diets, aligned with criteria for a healthy diet, specific to 140 countries. Results varied widely by country due to differences in: nutritional adjustments, baseline consumption patterns from which modeled diets were derived, import patterns, and the GHG- and water-intensities of foods by country of origin. Relative to exclusively plant-based (vegan) diets, diets comprised of plant foods with modest amounts of low-food chain animals (i.e., forage fish, bivalve mollusks, insects) had comparably small GHG and water footprints. In 95 percent of countries, diets that only included animal products for one meal per day were less GHG-intensive than lacto-ovo vegetarian diets (in which terrestrial and aquatic meats were eliminated entirely) in part due to the GHG-intensity of dairy foods. The relatively optimal choices among modeled diets otherwise varied across countries, in part due to contributions from deforestation (e.g., for feed production and grazing lands) and highly freshwater-intensive forms of aquaculture. Globally, modest plant-forward shifts (e.g., to low red meat diets) were offset by modeled increases in protein and caloric intake among undernourished populations, resulting in net increases in GHG and water footprints. These and other findings highlight the importance of trade, culture, and nutrition in diet footprint analyses. The country-specific results presented here could provide nutritionally-viable pathways for high-meat consuming countries as well as transitioning countries that might otherwise adopt the Western dietary pattern. 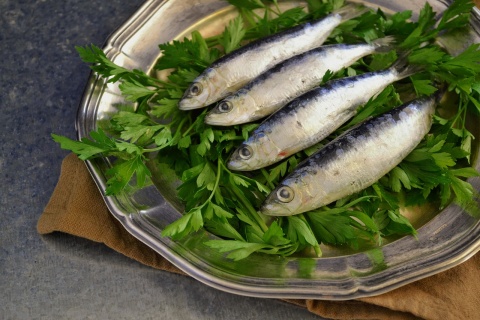 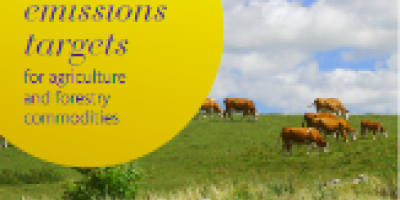 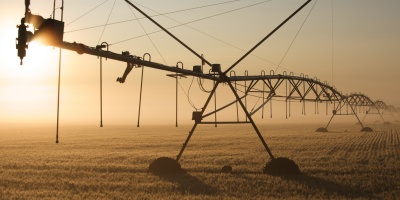 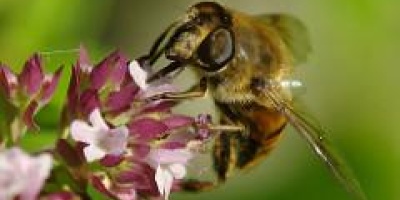 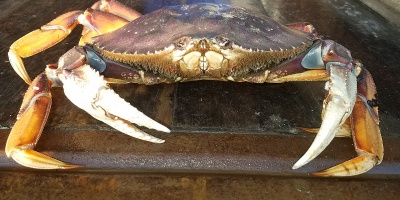