This paper presents a global analysis of the greenhouse gas balance of the world’s grasslands - both managed and natural - between 1750 and 2012, aiming to separate the direct effects of management by humans and the indirect effects of climate change. It finds that in most world regions, managed grasslands (those grazed by livestock or mown for grass forage) have a net warming effect on the climate, while sparsely grazed grasslands (natural grasslands not affected by livestock, but which may be grazed by wild animals) have a net cooling effect.

The study is based on an ecosystem modelling tool. The inputs to the model are climate change, rising CO2, atmospheric nitrogen deposition, land use change and management intensity change. The figure below is a schematic of the model.

Image: Figure 1, Chang et al. Illustration of the processes and the greenhouse gas fluxes that are accounted for in this study.

The figure below shows emissions trends from different sources, including soil carbon sinks, emissions from land use change, and livestock and wild grazer emissions. Emissions of CH4 and N2O have increased by a factor of 2.5 since 1750, largely due to intensification in the management of grasslands. Significant CO2 emissions have arisen both from the conversion of forest to pasture, and of pasture to cropland. An increase in soil carbon storage has been seen leading up to the 1970s, decreasing since then. The paper quantifies the radiative forcing (warming or cooling climate effects) induced for both managed and natural grasslands by direct and indirect human activity, including land management and land use change, effects of climate change and increased CO2, and anthropogenic atmospheric nitrogen deposition. Overall, anthropogenic influences on grassland at the global level have a roughly neutral effect on climate warming, i.e. a radiative forcing of 12 ± 105 mW m−2.

This neutral effect is the sum of both warming and cooling influences. Increases in livestock have caused a warming effect (147 ± 27 mW m−2), partly balanced by a decline in wild grazer numbers (−47 ± 11 mW m−2). Conversion of forest to pasture has caused warming of 81 ± 26 mW m−2, while conversion of grassland to cropland has caused warming of 27 ± 9 mW m−2. Increases in soil carbon - mostly in sparsely grazed natural grasslands - produce a cooling effect (−194 ± 99 mW m−2) that almost offsets the other warming effects. These components are illustrated in the figures below. Globally, managed grasslands (those grazed by livestock or mown for grass forage) have a warming effect on the climate (205 ± 48 mW m−2). Sparsely grazed grasslands (those not affected by livestock) have a cooling effect of –193 ± 80 mW m−2. The only region in which managed grasslands have a cooling effect is Russia. The current trend (see Figure 4b) appears to be that grasslands are transitioning from being a net cooling influence to a net warming influence on the climate, because of the intensification of grassland management for livestock production and the conversion of tropical forest to pasture.

The modelling results suggest that the intensification of grassland management since 1750 has caused a 9% decrease in soil carbon storage, because “grazing and mowing reduced the carbon input to soils (i.e., overall carbon outputs from grassland ecosystem increased) more than they increased input via the stimulation of plant productivity through the generation of new leaves”.

The paper concludes that:

Grasslands absorb and release carbon dioxide (CO2), emit methane (CH4) from grazing livestock, and emit nitrous oxide (N2O) from soils. Little is known about how the fluxes of these three greenhouse gases, from managed and natural grasslands worldwide, have contributed to past climate change, or the roles of managed pastures versus natural grasslands. Here, global trends and regional patterns of the full greenhouse gas balance of grasslands are estimated for the period 1750 to 2012. A new spatially explicit land surface model is applied, to separate the direct effects of human activities from land management and the indirect effects from climate change, increasing CO2 and regional changes in nitrogen deposition. Direct human management activities are simulated to have caused grasslands to switch from a sink to a source of greenhouse gas, because of increased livestock numbers and accelerated conversion of natural lands to pasture. However, climate change drivers contributed a net carbon sink in soil organic matter, mainly from the increased productivity of grasslands due to increased CO2 and nitrogen deposition. The net radiative forcing of all grasslands is currently close to neutral, but has been increasing since the 1960s. Here, we show that the net global climate warming caused by managed grassland cancels the net climate cooling from carbon sinks in sparsely grazed and natural grasslands. In the face of future climate change and increased demand for livestock products, these findings highlight the need to use sustainable management to preserve and enhance soil carbon storage in grasslands and to reduce greenhouse gas emissions from managed grasslands. 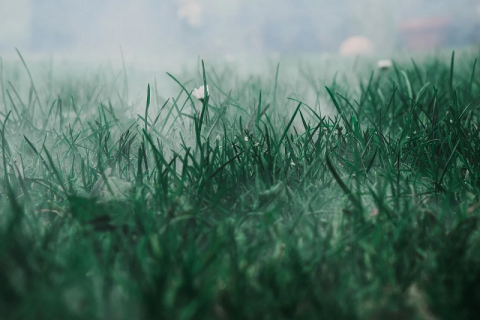