An international research project co-led by the University of East Anglia suggests that international agencies have overestimated Chinas carbon emissions for more than 10 years. The research team re-evaluated emissions from the burning of fossil fuels and cement production from 1950-2013 and their results suggest that China produced 2.9 gigatonnes less carbon between 2000-2013 than previous estimates of its cumulative emissions.

The researchers used independently assessed activity data on the amounts of fuels burned and new measurements of emissions factors (the amount of carbon oxidised per unit of fuel consumed) for Chinese coal. As a comparison of the overestimation, the findings suggest that overestimates for this period may be larger than China's estimated total forest sink – the natural carbon sink via forests – which for 1990-2007 was estimated at 2.66 gigatonnes of carbon. It may also be larger than or China's land carbon sink which for 2000-2009 was 2.6 gigatonnes of carbon.

Nearly three-quarters of the growth in global carbon emissions from the burning of fossil fuels and cement production between 2010 and 2012 occurred in China. Yet estimates of Chinese emissions remain subject to large uncertainty; inventories of China’s total fossil fuel carbon emissions in 2008 differ by 0.3 gigatonnes of carbon, or 15 per cent. The primary sources of this uncertainty are conflicting estimates of energy consumption and emission factors, the latter being uncertain because of very few actual measurements representative of the mix of Chinese fuels. Here we re-evaluate China’s carbon emissions using updated and harmonized energy consumption and clinker production data and two new and comprehensive sets of measured emission factors for Chinese coal. We find that total energy consumption in China was 10 per cent higher in 2000–2012 than the value reported by China’s national statistics, that emission factors for Chinese coal are on average 40 per cent lower than the default values recommended by the Intergovernmental Panel on Climate Change, and that emissions from China’s cement production are 45 per cent less than recent estimates. Altogether, our revised estimate of China’s CO2 emissions from fossil fuel combustion and cement production is 2.49 gigatonnes of carbon (2 standard deviations = ±7.3 per cent) in 2013, which is 14 per cent lower than the emissions reported by other prominent inventories. Over the full period 2000 to 2013, our revised estimates are 2.9 gigatonnes of carbon less than previous estimates of China’s cumulative carbon emissions. Our findings suggest that overestimation of China’s emissions in 2000–2013 may be larger than China’s estimated total forest sink in 1990–2007 (2.66 gigatonnes of carbon) or China’s land carbon sink in 2000–2009 (2.6 gigatonnes of carbon). 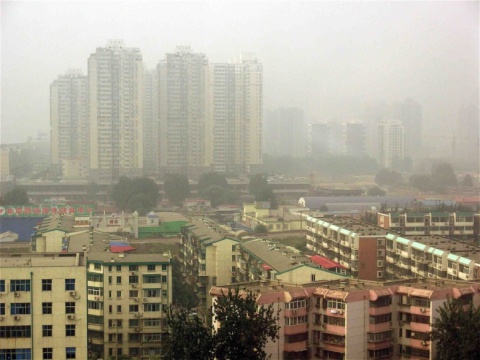