This paper reports that reforesting areas of land in the UK currently used for sheep grazing could be an economically viable strategy for farmers, using payments for carbon sequestration from people or businesses who want to offset their emissions The paper argues that sheep farming in the UK is not profitable without subsidies, which currently account for over 90% of sheep farm income.

In both reforestation scenarios, it was assumed that pasture is converted to native woodland because of the negative environmental impacts associated with plantations of non-native conifers (e.g. lower biodiversity).

Sheep farming without subsidies is found to be profitable only in the case that farmer labour is unpaid. The minimal costs involved with natural forest re-establishment mean that such “carbon farming” can be profitable (without subsidies) in the case of deciduous forests, particularly for areas larger than 10 ha and when the carbon price is high. Natural regeneration of native Scots pine is slow, so is only profitable when it can take place across large areas without deer fencing being necessary.

The high establishment costs of planted forests mean that a carbon price of around $55 per tCO2 eq. (current market prices are around $4-20 tCO2 eq.) would be needed for the largest forests to be financially viable. However, plantations can sequester more carbon than naturally regenerated woodland because trees can be planted more densely.

Read a summary of the research by two of the authors on The Conversation here.

Livestock production uses 37% of land globally and is responsible for 15% of anthropogenic greenhouse gas emissions. Yet livestock farmers across Europe receive billions of dollars in annual subsidies to support their livelihoods. This study evaluates whether diverting European subsidies into the restoration of trees on abandoned farmland represents a cost-effective negative-emissions strategy for mitigating climate change. Focusing on sheep farming in the United Kingdom, and on natural regeneration and planted native forests, we show that, without subsidies, sheep farming is not profitable when farmers are paid for their labour. Despite the much lower productivity of upland farms, upland and lowland farms are financially comparable per hectare. Conversion to 'carbon forests' is possible via natural regeneration when close to existing trees, which are seed sources. This strategy is financially viable without subsidies, meeting the net present value of poorly performing sheep farming at a competitive $4/tCO2eq. If tree planting is required to establish forests, then ~$55/tCO2eq is needed to break-even, making it uneconomical under current carbon market prices without financial aid to cover establishment costs. However, this break-even price is lower than the theoretical social value of carbon ($68/tCO2eq), which represents the economic cost of CO2 emissions to society. The viability of land-use conversion without subsidies therefore depends on low farm performance, strong likelihood of natural regeneration, and high carbon-market price, plus overcoming potential trade-offs between the cultural and social values placed on pastoral livestock systems and climate change mitigation. The morality of subsidising farming practices that cause high greenhouse gas emissions in Europe, whilst spending billions annually on protecting forest carbon in less developed nations to slow climate change is questionable. 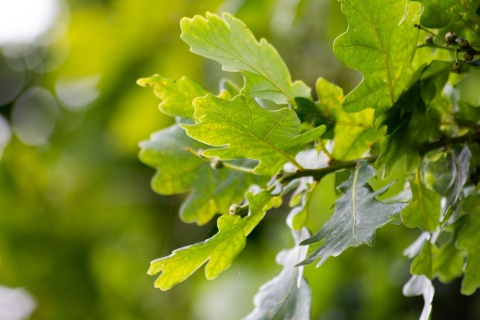