La Via Campesina (LVC) is a transnational social movement, made up of 200 million people across 81 nations. It was formed in 1993 by peasants and smallholder farmers from around the world in response to the negative impacts of trade liberalisation and diminishing state support for small-scale agriculture. It has since grown to include landless people, rural women and youth, indigenous people, migrants and agricultural workers. LVC has played a key role in the food sovereignty movement, leading protests against global free trade agreements and promoting agroecology and smallholder farming. LVC has a decentralised structure, made up of multiple autonomous organisations, and prioritises inclusivity and democratic decision making. 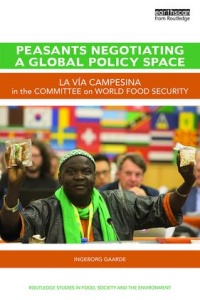 Being the public voice of over 180 member organisations across nearly 90 countries, La Vía Campesina, the global peasant movement, has planted…