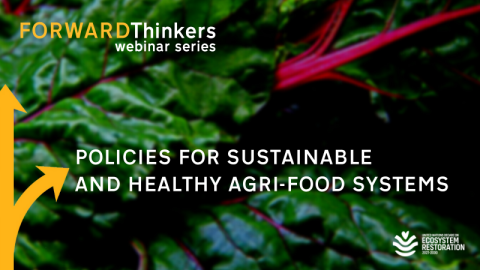 Whilst it is widely acknowledged that we need urgently to transform our food systems to ensure our common future on this planet, too little is known about the countries or states that take fundamental steps towards that aim. On the occasion of World Food Day 2021, the World Future Council and the Pesticide Action Network Asia and the Pacific together are organising a timely debate on how exemplary policies drive positive change. This online event is dedicated to discuss impactful policies that scale up agroecology and protect from hazardous chemicals. In particular, it will present award-winning policies from the Indian state of Sikkim, and from Sri Lanka, whose pesticide regulations led to one of the greatest decreases in suicide rates ever achieved in the world.

Ms Kehkashan Basu, Founder and President of the Green Hope Foundation, Canada, and Councillor of the World Future Council (confirmed)