In this blog post Tara Garnett, the FCRN’s director, introduces Table, a new collaboration between the University of Oxford, Wageningen University and Research and the Swedish University of Agricultural Sciences, which will launch later this year, and which builds on and ultimately replaces the FCRN. We are in the process of recruiting a strategic coordinator and fundraising director to help take our collaboration forward, so please read on… 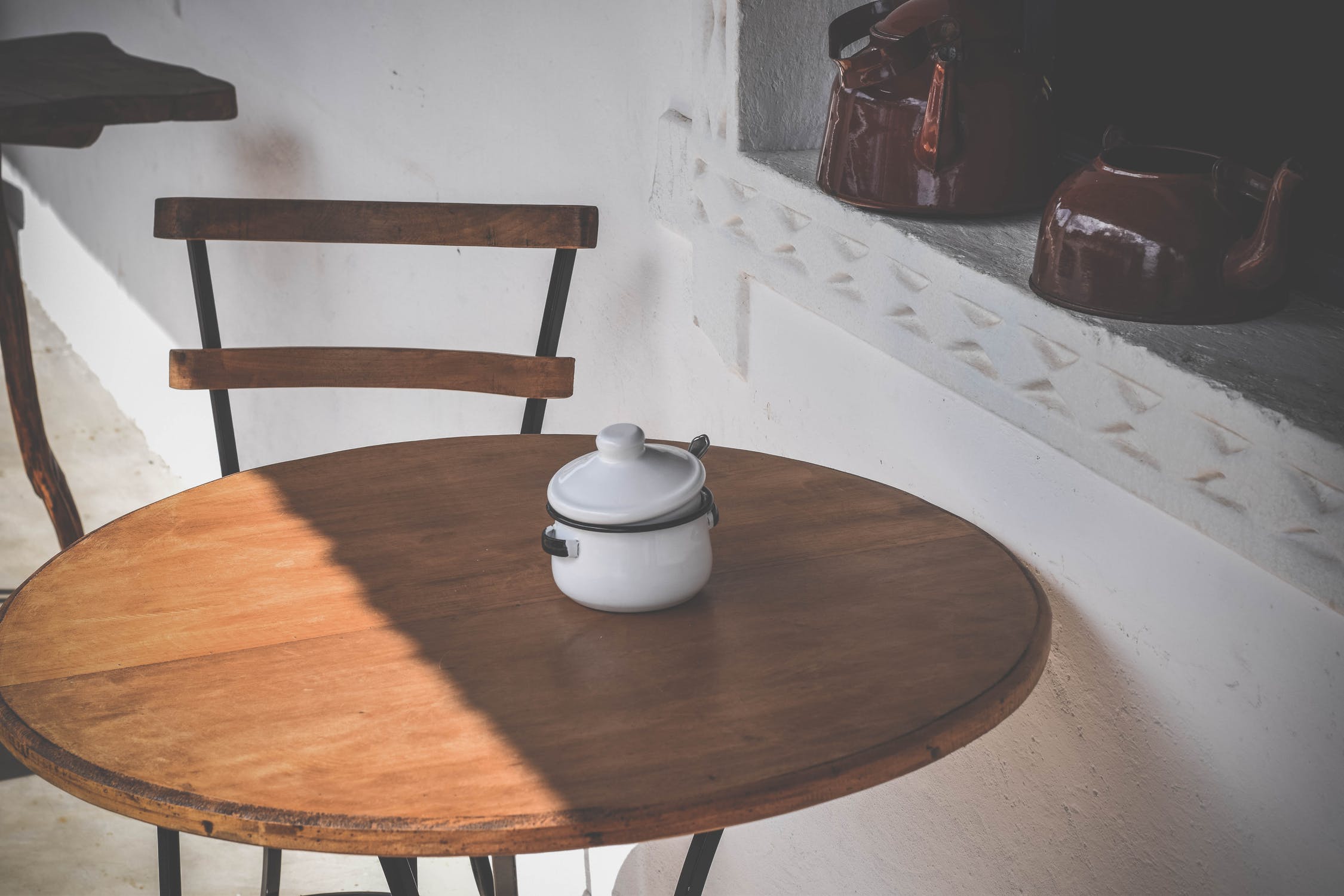 Spend some time reading about food and the environment and one thing will strike you: discussions are often highly polarised and hostile. Although most people want the same thing – a food system that feeds everyone well without damaging the environment it relies on – many disagree on how best to achieve this.

Whether it’s vegans versus regenerative livestock farmers, techno-optimists versus agroecologists, or advocates of self-sufficiency versus those arguing that it’s more ecologically efficient to trade between countries, the food sustainability community is often divided on the best way forward and people often see those opposing their own views as financially motivated, extreme, or just plain wrong. Given these divisions, surprisingly little attention seems to be paid to the question of why someone might reach a different conclusion.

Over its 15 years of existence, the Food Climate Research Network (FCRN) has been conducting, synthesising and communicating research at the intersection of food, climate, and broader sustainability issues. We’ve collated an extensive research library, developed a free educational website on food sustainability, set up a weekly newsletter with thousands of subscribers and run a blog series that often generates lively discussion. Our own reports include the influential Grazed and Confused, on the extent to which grazing livestock can capture carbon, as well as work on sustainable healthy diets and society’s relationship with technology.

During this time, science, writing and activism in and around food have all grown exponentially. Almost every conceivable aspect of food and sustainability has now been scrutinised. We have more ‘evidence’ than ever before. And yet the disagreements seem to continue.

Think for instance of the different viewpoints on lab-grown meat. Even if people agree on the technical viability of laboratory-cultured meat, or on its potential to achieve radical reductions in food-related GHG emissions (and many counter arguments have been made with both claims), they may still disagree on its desirability. Critics might argue that technological solutions such as these perpetuate an economic system in which power resides in the hands of a few companies, or that this ‘fake’ meat entrenches problems they see to be fundamental: our alienation from the natural world, an economy predicated on perpetual growth, or our greedy human natures. Some critiques may be founded on the more positive conviction that, with the right governance and moral frameworks, our consumption patterns can change towards a more traditionally plant-based future.

Advocates of lab-grown meat, for their part, might argue that humans are not going to change and that lab-grown meat offers the ‘least bad’ way forward given global population growth and increasing demand for meat in low and middle income countries. More optimistically, they may see in cultured meat another example of human ingenuity overcoming regressive moral conservatism, doing for environmentalism what contraception did for sexual politics.

Or take the growing of food in urban settings as a set of technologies and practices that, unlike lab-grown meat, has a long history. For many poor urban citizens in the past, and still today in the Global South, food production was and remains a practical survival strategy – food grown for own consumption or to supplement meagre incomes. But what we also see in megacities around the world today is the emergence of a new kind of growing, generally by the middle classes, where what’s produced is not just food, but also a particular set of values and identities.

Bundled into old, new and changing ways of growing food in scarce urban space are different visions of what a city is and could be: about where the city ends and ‘nature’ begins; about who owns (or should own) the spaces – often informal and uncertain – in a city; about what food growing is for and how it should be practiced. These manifest themselves in different forms of urban production: at one extreme the local allotment or community garden, its technologies repurposed old tyres, bathtubs, bits of carpet and used plastic water bottles; and at the other those techno-visions – only partially realised for now, but rapidly materialising – of green skyscrapers, producing solar-panelled, hydroponic, temperature-controlled automated abundance; or of LED-lit spaces, making use of old urban tunnels and other underground spaces. For the former, urban food growing may be an act of reconnection with the land and with other people; it may be a form of therapy or even a political statement, an alignment with ideas about food justice and sovereignty. For the latter, the urban farm may be a space for technical innovation that advances a different kind of closed-loop circularity by combining food production with urban energy and water infrastructures; and for providing an opportunity to produce high-value, microgreens at profit for high end restaurants and supermarkets. Behind both these visions is the idea that what is being done is somehow ‘sustainable’ and that it contributes to ‘food security’. And of course there is also the reality of urban food growing in many parts of the Global South, one in which food may be grown in contaminated soil, and where access to land for growing is often transitory and tenuous, a snatched attempt at sustenance before the bulldozers come in and people are moved on.

In other words, discussions about how to nourish everyone sustainably are founded on the many, often contradictory, values, desires, assumptions and cultural preferences we bring to the science and that inform our understanding of the world. We feel that these foundational concerns need to be brought into the open and more deliberately explored and discussed.

To this end, we are in the process of transforming the FCRN into a new entity, Table, a collaboration between the University of Oxford, Wageningen University and Research and the Swedish University of Agricultural Sciences.

Founded on the principle that scientific understanding is necessary but not sufficient, Table’s aim will be to engage with a wide range of academic and non-academic voices and perspectives in the food system around the world, including food producers, policymakers, NGOs, think tanks, journalists, and researchers to clarify the arguments that cluster around issues that stakeholders feel to be of most concern.

Through interactive processes of dialogue, we will explore what deeper issues underlie disagreements, identify where further research might help resolve uncertainties that fuel contestation, and also – where possible – we will pinpoint areas of consensus as to what needs to be done. We also strive for context and site-specific solutions, hence our efforts to include a broad range of geographic and sectoral diversity, with a particular emphasis on bringing in more voices from the Global South.

Our hope is that a clearer collective understanding of what we are really talking about when we talk about food will help foster more constructive, nuanced discussions and ultimately aid more multidimensional and inclusive decision-making.

For those of you who have found the FCRN and its resources to be of value over the years, note that the existing resources on our two websites, www.fcrn.org.uk and www.foodsource.org.uk will not disappear but rather will be incorporated into our new website. We will also be continuing with our weekly newsletter, Fodder, and either maintaining our Google Group or transforming it into a new platform for interactive discussion. Tara Garnett, the FCRN’s founder and director, will remain actively involved as one of Table’s research directors.

We plan to launch Table in the late Autumn of this year. We are currently in the process of recruiting a strategic coordinator and fundraising director to help take this initiative forward, and place Table on a firm financial footing. Details of the role can be found here – please circulate widely among your networks. If you are thinking of applying and would like further details, please get in touch with Tara at taragarnett@fcrn.org.uk . 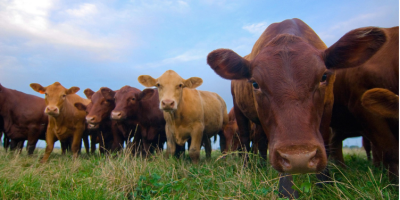 FCRN Publications
Breeding for productivity and breeding for welfare: what is the relationship? 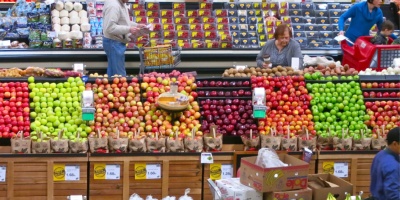 Chapter
What can be done to shift eating patterns in healthier, more sustainable directions? 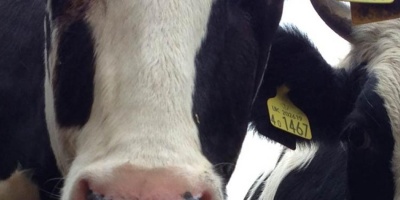 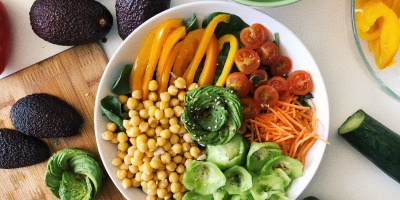