The Politics of Disgust: What future for protein?

About the author: Rob Percival is the author of The Meat Paradox: Eating, Empathy and the Future of Meat. He works for the Soil Association as Head of Food Policy, leading the organisation’s advocacy on dietary change. 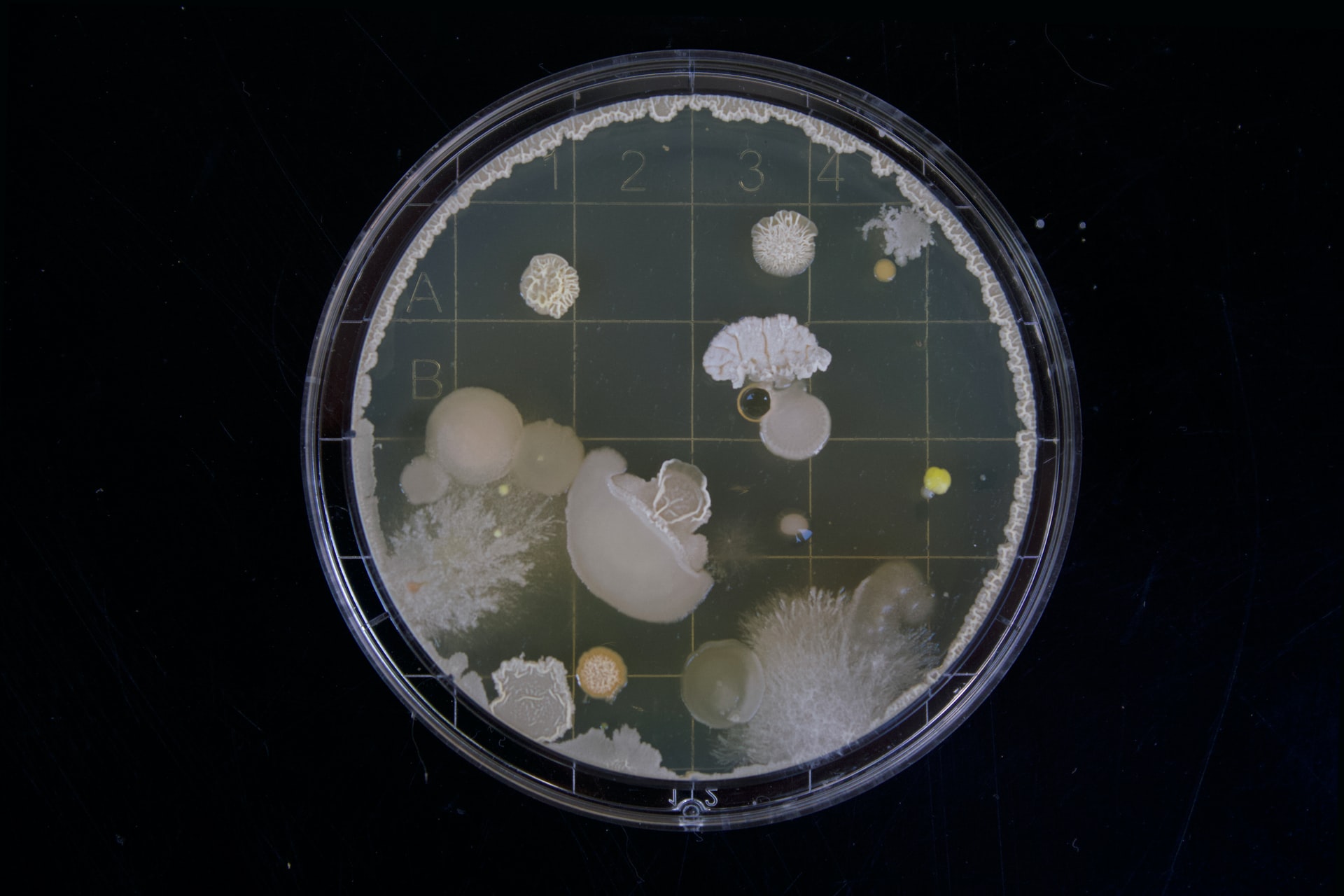 Would you eat a bacterial gloop pancake? The recent publication of George Monbiot’s book Regenesis has sparked a fresh debate on the social acceptability of novel proteins.

Monbiot foresees a future without animal farming. Foods formed by precision fermentation – whereby bacteria and microorganisms are harnessed to manufacture fats and proteins in factories – will soon be the norm. These foods, Monbiot suggests, could benefit both the environment and public health, helping to reduce ‘agricultural sprawl’ while providing safe and affordable nutrition. But will anyone want to eat them?

Several recent studies have probed consumer perceptions of novel or alternative proteins, painting a mixed picture of public appetite. While most people say they have heard of lab-grown meat and products such as edible insects, attitudes towards their consumption vary. One of the primary barriers appears to be the ‘yuck’ factor – these foods are perceived by many to be unappetising or disgusting.

The language that we use to describe these foods is hugely important, as Monbiot and others note. Would you rather eat “clean meat” or “franken-flesh”? While in-vitro cheese confected from bacterial slop might sound unappealing, so might milk and honey if described as “mammary secretions and insect vomit”.

As new products arrive on restaurant menus and supermarket shelves, their social acceptance will be shaped by those who manage to wrest control of the narrative, exploiting or ameliorating these underlying trepidations. In the coming ‘protein wars’ – as the meat lobby goes head-to-head with meat alternatives – the battle for Britain’s dinner will be fought, in part, via the politics of disgust.

Facial expressions characteristic of disgust are easy to recognise: a gaping mouth, a wrinkled nose, a raised upper lip. The disgust reflex is universal, expressed across cultures. Think of it as “revulsion at the prospect of oral incorporation of an offensive and contaminating object”, psychologist Paul Rozin suggests. Disgust pertains to revolting things that we might put in our mouth.

Rozin theorises that the reflex has deep evolutionary roots. As hungry hominids scavenging scraps of flesh and fat from carcasses in the African savannah, we needed the ability to differentiate between the fresh and the rancid. Animal foods were nutrient rich and energy dense, but they were risky to procure. Our disgust response evolved to help us consume these foods without succumbing to pathogenic infection. So finely tuned is the response, Rozin says, that all animals are potentially disgusting when considered as food.

It is not only animals that we find potentially disgusting. We are sensitive to bodies more generally, and to the things that come out of them, such as faeces, saliva and mucus. Curiously, these only become disgusting once they are separated from the body – at least within my own cultural context. I’m not disgusted by the saliva in the mouth of the man sitting opposite me in a restaurant, but if he begins spitting onto the floor, I might be.

Importantly, disgust is also a moral emotion. We may be disgusted by raw flesh and bloodied bodies, but we can also be disgusted by social or moral violations. This dual faculty – disgust as a physical response and a moral response – is not just a quirk of the English language. As I describe in The Meat Paradox, the association holds true in French, Spanish, German, Russian, Hebrew, Japanese, and many other languages.

Rozin explains that physical disgust and moral disgust are linked by a process akin to ‘preadaptation’ in evolu­tionary biology. Our tongue and teeth evolved for eating, but we now use them for speech and vocalisation. Feathers evolved for thermoregulation, but birds now use them to fly. A system that evolved for one purpose has been pressed into another, novel use in a modern evolutionary context.

As a moral emotion, disgust is associated with a distinct ‘moral domain’ – a way of thinking about morality – and this domain is also rooted in the risk of pathogenic infection.

“Disgust moralizes – that is, amplifies the moral significance of – protecting the purity of the body and soul,” psychologist Elizabeth Horberg explains. “These values originally related to the evolutionary challenges of avoiding the consumption of toxins, parasites, or bacteria. What began as concerns over purity and contamination of the physical form, however, sub­sequently extended to include concerns over the purity of the individual’s character and social conduct, thus promoting beliefs in the moral value of a physically and mentally pure lifestyle.”

In an elegant example of this effect, researchers found that when samples of meat were paired with descriptions of animals raised on factory farms, they were perceived to be less appealing (more disgusting) than those raised on more humane farms, even though the meat samples were identical. Moral concern related to the mistreatment of the animals had ‘contaminated’ the meat to such a degree that its basic sensory properties appeared to have been altered, with factory-farmed samples tasting saltier and greasier.

The intrinsic (albeit culturally dependent) association between disgust and animal bodies, and between physical disgust and moral disgust, positions this ancient emotion at the centre of the modern meat debate, shaping attitudes towards both animal foods and their lab-grown alternatives.

In coming years, as emerging technologies such as precision fermentation come online and begin to challenge animal-based meat and dairy, we may see our susceptibility to disgust ‘weaponised’ – advocates at both ends of the dietary spectrum may employ rhetoric that seeks to deliberately evoke and channel disgust, thereby shaping public attitudes and our future diet.

We are already seeing this. The rhetoric of disgust is evident in strands of vegan advocacy that use terms to conjure vivid (and disgusting) images of animal bodies. Omnivores, accordingly, don’t eat meat – they eat corpses, flesh, dismembered body parts. They don’t drink milk – they imbibe bovine secretions and congealed mammary fluids. A 2021 study in Appetite argued for “the development of disgust-based interventions to reduce meat intake”, suggesting that the ‘yuck’ factor should be at the centre of plant-based advocacy.

On the other side of the fence, critics of novel proteins have begun tapping into underlying currents of disgust to discourage dietary change. Critics of precision fermentation have decried Monbiot’s “bacterial soup, grown in vats”. One food writer, commenting on the use of foetal bovine serum in the cultivation of some lab-grown meat, says: “The ‘yuck’ factor is massive.”

The meat lobby has sought to secure legal restrictions on the terminology permitted to market plant-based products, amplifying concerns (and perhaps disgust) over the ingredients used in their manufacture. A recent full-page ad in the New York Times, funded by The Centre for Consumer Freedom, warned that “fake meats are ultra-processed imitations with dozens of ingredients including methylcellulose, titanium dioxide, tertiary butylhydroquinone, disodium inosinate.”

At issue is not whether these statements are factually accurate, but their psychological and social consequences. Disgust is emotionally potent, and in its capacity to generate the fear of contamination and the desire for purity, it is intrinsically polarising.

Once animal foods come to be perceived as disgusting (both morally and physically), it can become emotionally and cognitively challenging to concede that they might have a beneficial role to play in the diet, in an ecological or nutritional sense, even if only in a circumscribed context. Similarly, the more that novel proteins come to be perceived as disgusting, the more difficult it may become for critics to concede that they could contribute to food system sustainability, even within a small niche.

As one side channels disgust towards animal foods and locates the ‘purity domain’ in plants and animal-free products, perceiving the ‘natural’ ‘evolutionary’ human diet to be plant-based, the other channels disgust towards meat alternatives. For the latter, the ‘purity domain’ can come to be attached to meat itself – meat produced by organic, grass-fed, regenerative livestock comes to embody the ‘natural’, ‘ancestral’, and morally pure ideal. One side sees organic beef as the root of all evil: the other praises ruminants with quasi-religious enthusiasm.

As the battle lines are drawn, the middle ground is set to become more difficult to hold. The prospect of a hybrid future in which both agroecological livestock and alternative proteins – flesh and gloop – have a valuable role to play could become increasingly unappealing, or even unimaginable, as each side promotes a purist vision, skewed by latent feelings of disgust.

That, at least, is my reading of the trajectory of the debate. Research into consumer attitudes towards novel proteins is still emerging, and our dietary choices are shaped by many factors. The argument can be made for a variety of food futures based on evidence and reason alone. But we are not solely creatures of reason, as the heated debate that has greeted ‘Regenesis’ has affirmed. I predict that the politics of disgust will play a pivotal role in the ‘protein wars’ in the years ahead.