How to support our farmers in the transition to sustainable agriculture

Farmers are at the forefront of the transition to a sustainable food system, facing both pressure to change their practices and the risks of a warming climate and soil degradation. But what does it take for a farmer to act, when individuals often have little power to solve systemic problems?

In this blog post, Viola King Forbes discusses her research into factors that enable British farmers to adopt sustainable farming practices. She finds that subsidies and financial capital, a farming culture that values nature, family support to weather judgement from their communities, and online groups with which to share advice are all important in supporting farmers to make the changes they want.

About the author: Viola King Forbes coordinates both the Livestock, Environment and People (LEAP) and HESTIA programmes, and also manages the Future of Food Network at the Oxford Martin School. She graduated with a B.A. (Hons) in Geography from the University of Oxford, where she became interested in sustainable food systems and the research-policy nexus. Her undergraduate research looked at farmers’ experiences of changing their production practices and she has since worked on a farm to gain some practical experience. She is also particularly interested in wider questions about our relationship with nature and how it may be reframed in the Anthropocene, and will be starting her MPhil in Anthropocene Studies at the University of Cambridge in October 2022.

In a food system in crisis, why are only some farmers making changes?

In the UK, agriculture contributes 10% of overall emissions1 and continues to provoke a decline in biodiversity and food web complexity2. But this system is also under increasing pressure to provide more food at a lower price, while facing annual losses of £1.2 billion due to soil degradation3 and increased risk from unpredictable weather4. It is clear that the fragility of the UK farming system is not only an environmental issue, but also one with severe political and socio-economic implications. I found it both deeply ironic, and yet unsurprising, that those so often blamed for environmental damage, the farmers who produce our food, can be the most negatively affected by it.

In the UK, there is still only modest uptake of sustainable practices in agriculture5, despite government subsidies. Given this, I was curious about what other factors influence how individuals farm their land. I use the word individual carefully, and deliberately; the actions of a small number of individuals, be they estate owners, tenant farmers, or smallholders, directly affect the state of our land and the impact of our food system. However, this does not mean they always have the power to change their systems. Therefore, paying attention to these individuals and the factors that affect them can help us unpick those unseen dynamics overlooked by broad stroke approaches to policy change. Specifically, it can give us insight into how to break away from a cycle of continuously delegating environmental action to farmers without giving them the means with which to act.

Noting the significance of the individual within the system is also essential for ensuring the socio-cultural sustainability of changes, and may have multiple co-benefits including reducing isolation and the impacts on mental health in rural communities6. Given this, I decided to focus my undergraduate dissertation on the experiences of farmers who had transitioned their farming practices to a more environmentally progressive model. What was it that 1. incentivised and 2. enabled them to act compared to their peers? What could we learn from their experiences that might help us build a picture of what environmentally, socially, sustainable change looks like?

Research findings: The value of money, family, and friends

Over the summer of 2020, I interviewed fourteen farmers across the UK with a range of experience in the industry; some I found through networks such as the Pasture Fed Livestock Association, or the Nature Friendly Farming Network, others through social media, and some through word of mouth. I also spoke to one conventional dairy farmer for the purpose of triangulation. The actions of my interviewees varied: many followed regenerative principles (see also the TABLE infographic Exploring the ebbs and flows of different agricultural movements), one focussed on achieving one million bees on his farm, and another even donated his cows to a sanctuary and took up veganic farming. I particularly focussed on the factors that stood them apart from conventional farmers, and those that didn’t, acknowledging that while there are conventional farmers who see the value of change, many might not feel empowered to act.

I used French sociologist Pierre Bourdieu’s theories of ‘capital’7 (value), and ‘habitus’8,9 to examine what farmers felt they lost or gained through the process of transitioning their practices. Capital can be social, cultural, or economic, and, according to Bourdieu, defines an individual’s social standing. ‘Habitus’ acts as the context, where the rules of the game are set. Those who share a habitus supposedly value the same forms of social and cultural capital. The farming community could be seen to share a single habitus, but it became clear to me that there is fragmentation as opinions diverge on what makes a ‘good’ farmer.

Of course, the financial factors are extremely important. If a farmer cannot afford to make a change, they will likely not make it. This a huge issue in the UK, where approximately 10% of household income is spent on food10, less than anywhere else in Europe. Not only does this place pressure on the workforce since producers and retailers must compete to keep costs low, but it also perpetuates perceptions of food as a low value commodity.

However, it did seem that for my interviewees, money was not a driving factor, but rather an enabler. If a farmer had the financial capital to make a change and take a risk, it enabled them to do what they wished. Clearly, subsidies can be hugely effective (e.g. under the new environmental land management schemes) both as an incentive and an enabler. However, the interviews revealed that there are farmers who are willing to self-fund a transition ahead of policy change. For them, doing the right thing was worth the initial loss of economic capital.

Cultural capital can take the form of skills, possessions, or awards, the value of which will vary from community to community (e.g. the ability to hunt, a grand piano, an Olympic medal). This is particularly relevant when looking into where the initial interest in more sustainable farming came from. Most of the farmers I spoke to had grown up in families or intellectual environments that defined a good farmer as one who valued nature. This stood in contrast to government policies and agricultural college courses that continue to focus primarily on the production of cheap food - a legacy of the policy approach established after the second World War when food was scarce. In particular, they felt that the culture of sustainable farming was different to the culture of conventional farming. It requires different skills (e.g. growing cover crops, using no-till agriculture), and represented different values. Many were focussed on environmental stewardship rather than ‘feeding the cities’.

Family support proved invaluable in helping farmers weather the judgement many of them feared from fellow farmers. In particular, those who had made changes in the seventies and eighties greatly felt that they experienced the social cost of changing their farming practices. For some, this judgement did also come from members of their own family, and this significantly slowed the process of change.

However, some of the younger farmers’ experiences demonstrated how this loss of social capital might be mitigated by finding new communities, particularly through social media. Online communities share advice and best practice, and in so doing, share risk. Those who hadn’t been able to plug into a new community felt they were doing it alone, also unappreciated by the public, and were struggling.

On the farm and in the field

In the Autumn of 2021, motivated by a feeling of having missed out on the insights of actually living on a farm and experiencing the true physicality of the job, I volunteered to WWOOF – ‘work on organic farms’. In Derbyshire, on the edge of the Peak District, the insights I’d gained while doing my dissertation were reinforced by what I saw and experienced. The farm was small, only 80 acres, and had been organic since 1989 (certified in 1997). Like many smallholdings, it relied on diversification to stay afloat, and my tasks included maintaining the vegetable garden and camping ground as well as checking on the Icelandic ponies, cows, tufted ducks, goats, sheep, ex-battery rescue chickens, geese, and dogs. Only the cows were reared for meat, which was sold to locals or camping parties alongside eggs, as well as pork from a neighbouring farm. There was also a planted woodland, pond, and wildflower meadows, all indications of care for the natural environment.

Bob, the farmer, relished his job and worked into the night even at age 70. Even this wouldn’t be enough, however, without the involvement of his family and the many people who worked on the farm part-time, or as volunteers. My lasting impression was one of awe; at the immense hard work humans do simply to exist, and at how little many of us will ever know about it. 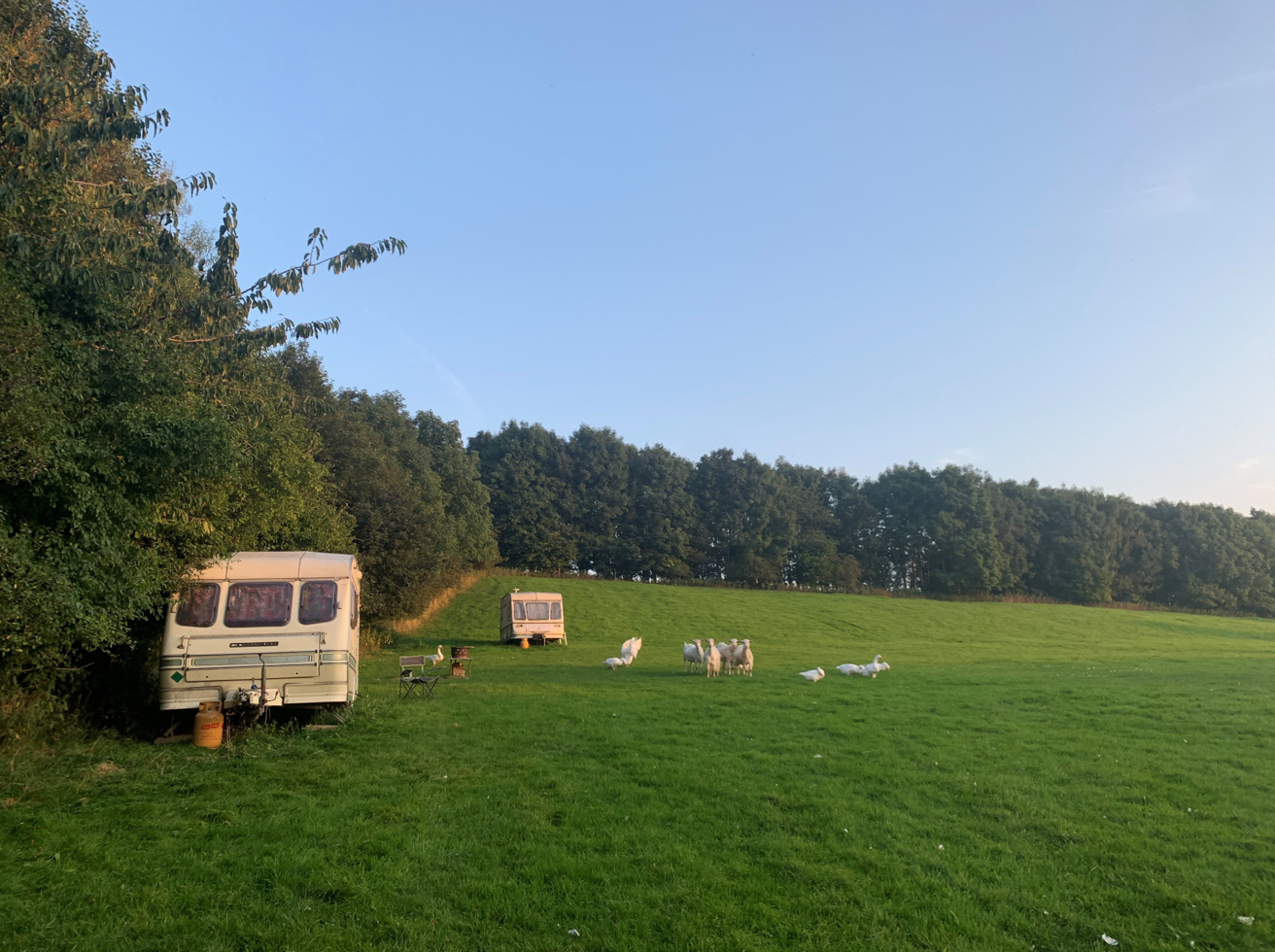 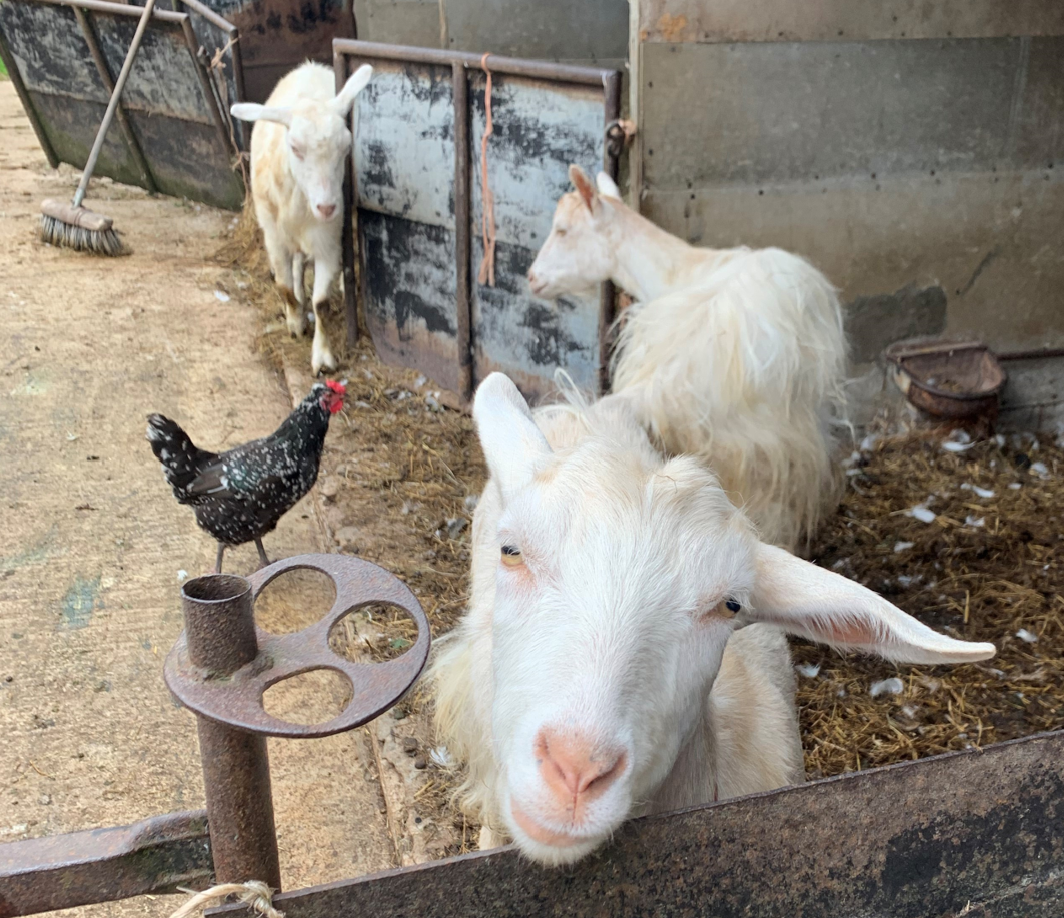 Over and over, it became clear to me that though financial incentives are paramount, actions encouraging community-building and skill-sharing are also essential. Policy must not neglect to acknowledge that the transition to sustainable agriculture will also be a cultural and social one. Power is already spread unevenly throughout the food system, but power comes in many forms. A farmer with plenty of money but no one to learn from may struggle just as much as one with little money but a supportive social network, even a virtual one. The farmers who have already made efforts to change their systems should be applauded. However, in many ways, they have been lucky to exist in a ‘habitus’, or context, that provides them with the means to act. Most farmers do not yet have access to the culture, networks, knowledge, or financial support they need. We must take great care not to villainise those who have not yet made changes, and instead seek out what may empower them to act. Paying attention to individual stories is essential if we are ever to make system change.