Can we have our farmed salmon and eat it too?

Christina O’Sullivan is the Campaign & Communications Manager at Feedback, where she manages the ‘Fishy Business’ campaign. Feedback is a campaign group working to regenerate nature by transforming the food system. Christina has an MSc in Food Policy from the Centre for Food Policy, City University. She has worked at the Cornell Food and Brand Lab and the Global Centre for Food Systems Innovation at Michigan State University.

What do farmed salmon eat? If you’re anything like me before I started working on this campaign, you probably find it difficult to answer that question. While feed for terrestrial animals has come under a lot of scrutiny recently, aquaculture (fish farming) has largely swum under the radar. To find out more, Feedback recently published the first report of our Fishy Business campaign, which investigates the natural resources – in particular wild caught fish – which underpin the Scottish farmed salmon industry and the implications for the industry’s sustainability.

While 40 years ago aquaculture provided 5% of the world’s seafood, as the fastest-growing sector of the food system, it now accounts for approximately half the world’s seafood consumption, with further projections for large-scale future growth. Around 60% of the world’s salmon production is farmed, and in Scotland this figure reaches 100%, with the last commercial wild salmon fishery closing in late 2018.

In Scotland, salmon farming has grown from what was once a relatively small industry in the 1970s to being the UK’s largest food export today. Having grown by over 90% between 1997 and 2017, the industry association, the Scottish Salmon Producer’s Organisation, has set out a target to expand by a further 100-165% by 2030 (from a 2018 baseline). This expansion is already underway, with ‘supersized’ (greater than the current limit of 2,500 tonnes of fish per farm) salmon farms located in deep water locations given the go-ahead by the Scottish regulator SEPA in June 2019.

What’s wild fish got to do with it?

What we feed to the animals we eat is a question central to the current and future sustainability of the global food system. I stopped eating meat primarily for environmental reasons – the level of feed required to satisfy the livestock industry is, in my view, inefficient and wasteful. Diverting good food that could feed people to animals does not make sense, especially in the context of the climate crisis. Unfortunately, the farmed salmon industry faces a similar issue.

Farming fish at an industrial scale requires industrial quantities of feed: the key feed inputs for salmon aquaculture are sourced primarily from global wild fisheries and land-based agriculture. As to the former, inputs include fish oil and fishmeal made from wild-caught ‘forage fish’ – small oceanic fish from fisheries all over the world. These fish play a critical role in moving nutrients through the food chain by eating plankton and in turn nourishing marine animals higher up in the ecosystem, such as larger fish and seabirds. Moreover, research shows that 90% of fish used in fishmeal and oil production comes from food-grade or prime food-grade fish – in other words, fish which in theory could be eaten by people. Regarding land-based inputs, salmon feed also contains other edible ingredients such as soya and corn, with recent reports finding that farmers in Norfolk are now growing beans to feed Scottish salmon.

In 2017, the Scottish salmon industry produced 189,707 tonnes of salmon (around 42 million fish). We calculated, based on industry production data, that to double in size by 2030 the Scottish industry would require a massive 310,000 tonnes of extra wild fish a year, assuming the current feed mix. For context, the current quantity of wild fish fed to farmed Scottish salmon, 460,000 tonnes, is roughly equivalent to the amount of seafood (both wild and farmed) purchased by the entire UK population. Where and how this extra wild fish will be sustainably sourced is an unanswered question.

The industry presents two key defences of its reliance on wild fish. The first is that the forage fish used in fishmeal and fish oil are sustainably fished, and are not generally wanted or eaten by people, so there is no danger of exacerbating feed-food competition. The second is that the fishmeal and oil used in aquaculture are largely ‘by-products’ of resources used in other industries, such as pig and chicken feed. We have concerns about these arguments, which I have set out below.

The industry uses the terms “unmarketable fish” or “low consumer preference fish” to describe certain marine ingredients in feed. What does “unmarketable” mean in relation to fish suitable for human consumption? Fundamentally this question comes down to how we believe consumer demand is shaped. We know that new or revived markets for human consumption are being found for many former reduction species, such as capelin, Atlantic and Pacific herring. Salmon itself has benefited massively from marketing-based on health claims. Data from Defra shows that purchases of salmon have risen by 550% since 1974. Emma Jayne Abbots, lecturer in social and cultural anthropology and heritage at University of Wales Trinity St Davids, commented "I think health marketing around the benefits of omega 3 as well as the decline in price explains the increase in salmon consumption."

Therefore, while it may be convenient for the food industry to claim that there is no market for forage fish, the reality is that consumer food preferences are to a large extent shaped by the businesses that produce our food. As another example, monkfish used to be considered a fish for the poor and was banned from some markets in France because of its appearance, but now it is trendy and expensive.

The link between farmed salmon and intensive livestock

The salmon industry claims to produce protein that is sustainable compared to meat, as salmon has a lower feed conversion ratio and thus requires less feed per kilogram of product. However, the world of farmed salmon is intrinsically linked to the livestock industry.

The salmon industry argues that the feed conversion ratio of salmon farming is lower than it might appear at first glance, because fishmeal left over from the production of the large quantities of fish oil consumed by the industry do not go to waste – rather, that leftover fishmeal is used in other industries. According to the Marine Ingredients Organisation, using an approach that accounts for these market efficiencies means that, on average, 0.82 kilogram of wild-caught fish is needed to produce 1 kilogram of salmon. However, this also means that if market demand for this leftover fishmeal were to decrease and that fishmeal ultimately became wasted, then then farmed salmon’s feed conversion ratio would increase significantly.

This means that the salmon industry is symbiotic with other industries that have a high environmental footprint, such as shrimp and pig production. Essentially, the farmed salmon industry can only claim efficiency by supplying the leftover fishmeal from the fish oil it requires to inefficient methods of food production, thus making it intrinsically linked to those industries while simultaneously claiming to be more sustainable than them.

The industry claims that salmon is a net producer of protein but, as highlighted in the above section, there are issues with the justification of that claim. However, even if farmed salmon were a net producer of protein, it is vital to consider who is consuming it. In addition to being sold by retailers and in restaurants around the UK, salmon exports from Scotland in 2017 were valued at a record £600 million, the USA is the biggest market for Scottish salmon with sales totalling 193 million pounds, followed by France (188 million pounds). Reports have shown that the growing aquaculture industry and the simultaneous need for more fishmeal and fish oil has led to food security problems in places such as West Africa. We may be removing a vital protein source from people who rely on it, so that people in high income countries such as the US, who generally already consume too much protein, can eat salmon.

Our research shows that the Scottish salmon industry uses billions of fish caught from delicate wild ocean ecosystems, where they play a crucial role in the wild food chain – fish that, in many cases, could be eaten by people. The salmon industry has yet to set out how it will reconcile its expansion plans with sourcing its feed inputs sustainably. Read the full report here: Fishy Business: The Scottish salmon industry’s hidden appetite for wild fish and land. 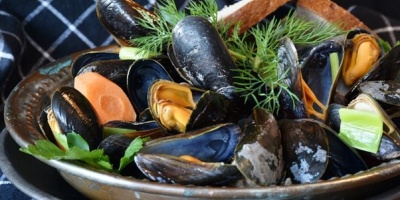 Blog post
To eat fish or not to eat fish? That is the wrong question