What do Brazilians know about the dairy industry?

In this study, researchers investigated the views of urban Brazilian citizens on dairy production. The study also explored the public’s awareness of and their views on the acceptability of four common husbandry practices: early cow-calf separation; zero-grazing; culling of the newborn male calf; and dehorning without pain mitigation. Their goal was to understand Brazilians’ concerns around and acceptance of dairy farming.

A mixed methods approach was applied to collect data for this exploratory research. The first part of the study consisted of open-ended semi-structured interviews with 40 people to gain insights into the participants’ views of dairy production. Respondents showed concern for milk quality and rejected the use of chemical additives during production. Furthermore, participants also expressed respect for animal welfare, naturalness and profitability as important features of an ideal dairy farm.

The second part of the study used an open-ended survey (n=300) to account for participants’ concerns over animal welfare in dairy farms. Participants’ responses focused on one of three components of animal welfare: affective states, biological functioning and naturalness. For example, concerns over good veterinary treatment and animal health, feeding and hygiene were frequently raised. Moreover, respondents indicated that dairy farms should allow animals to express natural behaviours and apply “natural modes of production” (such as little/no use of drugs, hormones and pesticide, animals grazing on pasture, etc). In regard to their knowledge of the four dairy farming practices mentioned above, the majority of respondents were ignorant. However, when told about them, participants overwhelmingly opposed these four practices.

This article has some limitations - in particular, the higher level of education and income and biases in the regional distribution diminished the representativeness of the sample. However, the findings of the study can represent the views of a group of mixed sex, urban, well-educated middle-class Brazilian citizens.

The primary aim of this study was to explore attitudes of urban Brazilian citizens about dairy production. A secondary aim was to determine their knowledge and attitudes about four potentially contentious routine dairy cattle management practices: early cow-calf separation; zero-grazing; culling of newborn male calves; and dehorning without pain mitigation. To address the first aim 40 participants were interviewed using open-ended semi-structured questions designed to probe their views and attitudes about dairy production in Brazil, and 300 participants answered a questionnaire that included an open-ended question about the welfare of dairy cattle. Primary concerns reported by the participants centered on milk quality, which included the rejection of any chemical additives, but also animal welfare, environmental and social issues. The interviewees rarely mentioned animal welfare directly but, when probed, expressed several concerns related to this topic. In particular, participants commented on factors that they perceived to influence milk quality, such as good animal health, feeding, clean facilities, and the need to avoid or reduce the use of drugs, hormones and pesticides, the avoidance of pain, frustration and suffering, and the ability of the animals to perform natural behaviors. To address our second aim, participants were asked questions about the four routine management practices. Although they self-reported being largely unaware of these practices, the majority of the participants rejected these practices outright. These data provide insight that animal welfare may be an important issue for members of the public. Failure to consider this information may increase the risk that certain dairy production practices may not be socially sustainable once lay citizens become aware of them. 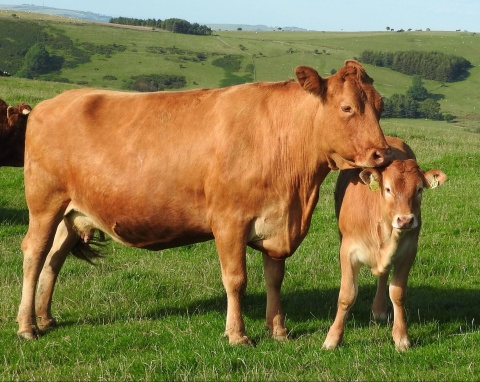