The water-energy-food nexus: Is the increasing attention warranted, from either a research or policy perspective?

In this Environmental Science and Policy article, Dennis Wichelns of the Stockholm Environment Institute argues strongly against the validity of the water-energy-food ‘nexus’ approach to researching and making environmental food policy.

The article begins by describing the major representations of the water-energy-food nexus in the literature, and suggests that the literature does not provide any consensus on what constitutes a nexus or a nexus approach, other than a broad aspiration to interdisciplinarity.

Dr Wichelns then examines whether the concept of a water-energy-food nexus is actually a recent or original one. He describes a number of examples of the concept of interdisciplinarity, and of interactions between agricultural resources, being proposed and recommended as early as the 1940’s, even if not specifically referred to as a nexus (which became common in the literature after 2011). He concludes that, insofar as the nexus can be considered to be one concept, it is not really a novel one.

The article next assesses the conceptual basis for the nexus, again criticising the lack of a consensual definition and the exclusivity of the nexus; i.e. that it considers only water, energy and food, sometimes presenting this as the whole picture, while neglecting other major influences on and of agriculture.

In the final section, the article asks whether the water-energy-food nexus approach is necessary or sufficient for making progress towards sustainable resource use. The author cites a number of empirical examples of successful environmental and agricultural policy being implemented without employing a nexus approach, and conversely of studies putatively employing a nexus approach having questionable success. He also suggests, and again provides evidence from the literature, that the forced interdisciplinarity or broad stroke of the nexus approach may not in all cases be appropriate, and that more sharply focussed research or policy making is sometimes necessary.

Unsurprisingly, the article concludes that the water-energy-food nexus ‘concept’ is somewhat overrated, being far too vaguely defined and implicitly limiting to be useful.

In recent years, the notion of a nexus involving water, energy, and food has been gaining attention in the scholarly literature and popular press, due partly to the impetus provided by an international conference on the nexus in 2011, and partly to the increasing interest among researchers and public officials in determining the investments and policies needed to achieve and sustain water, energy, and food security. While the notion of such a nexus is compelling to some observers, interactions involving water, energy, and food have been known and studied for many years by scientists and policy analysts. The need for greater integration of research and policy discourse across sectors and regions has been expressed in international meetings since the late 1940s. In addition, the conceptual basis for including water, energy, and food in the “nexus,” to the exclusion of other resources and inputs is not evident. In many cases, the information excluded from studies claiming to implement a nexus approach might be of greater importance to science and policy than the information included in the analysis. In this paper, I review some of the experience gained in earlier attempts to enhance integration and policy coherence, and to promote systems analysis. The challenges observed in implementing programs of integrated natural resources management (INRM) and integrated water resources management (IWRM), in particular, suggest that efforts to implement a water-energy-food nexus approach will not enhance the policy process in all settings. In sum, it is not clear that the increasing attention given to studies claiming to implement a nexus approach is warranted.

Wichelns, D. (2017). The water-energy-food nexus: Is the increasing attention warranted, from either a research or policy perspective? Environmental Science & Policy, 69, 113–123. 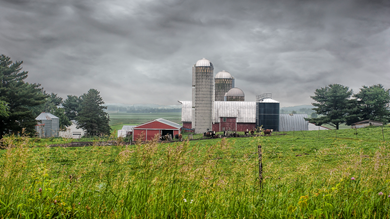