This paper shows that a huge amount of nutrients is wasted each day in the US food supply, and that much of this waste includes important nutrients that are currently under-consumed in the US. It is one of the first studies to calculate the nutritional value of food wasted in the US at the retail and consumer levels, shining a light on just how much protein, fibre and other important nutrients end up in the landfill in a single year.

The researchers calculated the nutritional value (looking at 27 nutrients in all) of the retail- and consumer-level food waste of 213 commodities in 2012, using data from the USDA’s Loss-Adjusted Food Availability data series and the National Nutrient Database for Standard Reference.

Previous research has estimated that as much as 40 percent of food is wasted nationally, but the nutritional losses had not been calculated. This paper states that food wasted per person, per day in the US at the retail and consumer levels in 2012 contained:

The study also highlights how the amount of nutrients lost to waste are important to consider given nutritional deficits in the typical American diet. Several nutrients are under-consumed in the average American diet, including dietary fibre, calcium, magnesium, potassium, and vitamins A, C, D, and E. For example the study found that, in 2012, food wasted each day contained upwards of 1.8 billion grams of dietary fibre, which is comparable to the full recommended intake for dietary fibre for 73.6 million adult women. Women in the US under-consumed dietary fibre by 8.9 grams per day in 2012; the study found that this daily amount of wasted dietary fibre is equivalent to the amount needed to fill this nutritional gap for as many as 206.6 million adult women.  Note that while dietary fibre might be a relevant example, this is not true in relation to some other ‘wasted’  nutrients such as calories and protein which Americans by no means lack and that would inevitably be consumed along with fibre, which is a limitation of the conclusions that can be drawn from the paper.

Background
Previous research has estimated that wasted food in the United States contains between 1,249 and 1,400 kcal per capita per day, but little is known about amounts of other nutrients embedded in the 31% to 40% of food that is wasted.
Objective
This research aimed to calculate the nutritional value of food wasted at the retail and consumer levels in the US food supply, and contextualize the amount of nutrient loss in terms of gaps between current and recommended intakes and estimated food recovery potential.
Design
Data from the National Nutrient Database for Standard Reference were used to calculate the nutritional value of retail- and consumer-level waste of 213 commodities in the US Department of Agriculture Loss-Adjusted Food Availability data series for 27 nutrients in 2012.
Results
Food wasted at the retail and consumer levels of the US food supply in 2012 contained 1,217 kcal, 33 g protein, 5.9 g dietary fiber, 1.7 μg vitamin D, 286 mg calcium, and 880 mg potassium per capita per day. Using dietary fiber as an example, 5.9 g dietary fiber is 23% of the Recommended Dietary Allowance for women. This is equivalent to the fiber Recommended Dietary Allowance for 74 million adult women. Adult women in 2012 underconsumed dietary fiber by 8.9 g/day, and the amount of wasted fiber is equivalent to this gap for 206.6 million adult women.
Conclusions
This was the first study to document the loss of nutrients from wasted food in the US food supply, to our knowledge. Although only a portion of discarded food can realistically be made available for human consumption, efforts to redistribute surplus foods where appropriate and prevent food waste in the first place could increase the availability of nutrients for Americans, while saving money and natural resources. 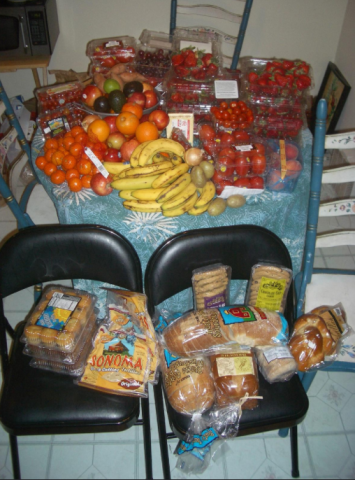