This paper analyses data from selected hashtags on Twitter (specifically, #sustainablemeat, #ethicalmeat and #eatlessmeat) to outline how social media discussions of meat consumption relate to emerging societal narratives around the role of meat in sustainable healthy diets.

The paper identifies three broad narratives about meat production and consumption that have emerged in both scientific publications and public discussions:

The paper points out that social media platforms, such as Twitter, can provide insight into how different groups of people engage with narratives and issues of concern. The authors chose to analyse the hashtags #sustainablemeat, #ethicalmeat and #eatlessmeat because of their perceived relevance to the online debate around meat consumption.

The paper analysed 2492 tweets or retweets containing the hashtags #sustainablemeat or #ethicalmeat, from the period April 2010 to September 2019. These tweets often promoted meat businesses, with 5 out of 8 of the top most frequent users of the hashtags identifying themselves as meat producers in their Twitter biography.

The image below shows the concepts most frequently covered by #sustainablemeat or #ethicalmeat tweets, including: the sustainable or ethical qualities of meat being used as a selling point; arguments that livestock do not cause greenhouse gas emissions; and the benefits of eating local meat or less meat. 10,143 tweets and retweets were found to use the #eatlessmeat hashtag between May 2009 and November 2019. Tweets using #eatlessmeat were more varied in their content than #sustainablemeat or #ethicalmeat tweets, and were less likely to be commercial in nature. Top topics included solutions to climate change, positive views of veganism, causes of environmental damage, and animal rights.

The authors conclude that their analysis illustrates that there is “still some way to go if we are to progress from ‘us versus them’ to a more ‘shared values and actions’ framing of the meat issue”, given the difference in approaches shown under each hashtag. On Twitter, they say, political, commercial, ethical, and environmental narratives become entangled in a way that changes over time. Although the number of tweets analysed is low and users may only be transiently interested in the issues, the paper concludes that narratives around meat in this particular context appear to be settling on “less meat rather than no meat futures”.

A number of recent scientific publications have called for significant reductions in meat consumption in order to mitigate the negative impacts of the food system on the planet. Public debate around this issue is not straightforward, however, with plant-based and alternative-protein narratives contested by an agro-ecological narrative. These competing narratives are being played out in both scientific and public discourses, with social media emerging as an important vehicle. Seeking to understand the nature of the ‘online issue publics’ forming around this issue, the paper draws on an analysis of Twitter data to assess ‘sustainable meat’ narratives as ‘matters of concern’ (Latour, 2004, 2018), rooted in the discrepant views, disputes and disagreements that typically coalesce around such issues. To this end, #sustainablemeat AND #ethicalmeat, and #eatlessmeat hashtags, respectively, were compared, as examples of debating meat. Two key insights emerged. Firstly, there is limited evidence of an encompassing debate on Twitter; #eatlessmeat tweets generated more frequent mentions and greater heterogeneity of content than #sustainablemeat tweets. Secondly, the prominence of commercially invested users using Twitter for marketing purposes; #sustainablemeat tweets were orientated toward promoting a business or the production of meat, whereas #eatlessmeat tweets showed a greater association with planetary issues and an evolution of the ‘vegan’ narrative. Individuals and organisations who are already invested in an issue use specialist hashtags. Specific ‘sustainable meat’ narratives on Twitter signal the multiplicity of debates that currently surround this contested issue which, as ‘matters of concern’, is still in the early stages of development. 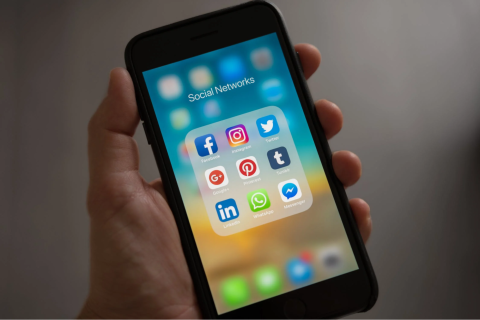