This study estimates the environmental impacts of what it terms discretionary foods - foods and drinks that do not provide nutrients that the body particularly needs. It finds that these foods account for 33-39% of food-related footprints in Australia.

This study estimates the environmental impacts of what it terms discretionary foods - foods and drinks that do not provide nutrients that the body particularly needs, including: cakes and biscuits; confectionary and chocolate; pastries and pies; ice confections; butter, cream, and spreads which contain predominantly saturated fats; processed meats and fattier/salty sausages; potato chips, crisps and other fatty or salty snack foods; sugar-sweetened soft drinks and cordials, sports and energy drinks and alcoholic drinks).  It finds that these foods  account for 33-39% of food-related footprints in Australia.

As the author points out, meat consumption has so far been the main focus of work on dietary change, but the paper argues that the effects of discretionary foods deserve more attention, especially as their consumption is avoidable (a reduction does not have negative health implications, whereas arguably red meat provides important micronutrients that may not be accessible elsewhere in certain areas) and has been increasing in recent decades, particularly among low-income groups. Note that the definition of discretionary foods given in this study includes processed meat.

On average, the study finds that discretionary foods account for a significant 35%, 39%, 33% and 35% of overall diet-related life cycle water use, energy use, carbon dioxide equivalent and land use respectively. The meat component (i.e. processed meats) dominates when it comes to CO2eq, land use and water-related impacts; while for energy use, condiments and confectionery (closely followed by meat) dominate. The author points out that all of these figures are likely to be underestimates as consumption is often under-reported.

The study highlights the challenges associated with shifting consumption in ways that are progressive rather than regressive in their effects on poorer households. It also discusses the substitution effect  - i.e. the possibility that healthier substitute foods may also generate high environmental impact.  It concludes that:

“Expending significant amounts of energy and environmental resources to create large amounts of profitable but highly discretionary and often unhealthy products should be seen as fundamentally unsustainable for our future, especially when faced with the challenge of achieving global food security for a larger future population. Future research and modelling must ensure that measures to encourage elimination or, where necessary, substitution with non-discretionary foods, remain equitable, in line with nutritional guidelines, and account for potential environmental trade-offs and rebounds.” 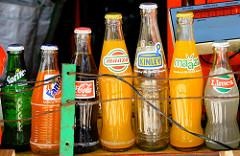