Trade and the equitability of global food nutrient distribution

In this brief communication paper published in the first volume of the new journal Nature Sustainability, researchers from the US and Belgium assess the impact of international trade on global food supply, at the level of individual nutrients, rather than total calories. Based on their hypothetical comparison of food supply in a world with and without trade, they argue that international food trade is essential for global food security.

The researchers used FAO, USDA and country-specific nutrition data to assess the current deficiencies or sufficiencies/surpluses of macro- and micronutrients by country. By subtracting from these values the nutrients currently acquired by each country through food imports, and adding the nutrients currently ‘lost’ through exported food, the authors created a highly hypothetical ‘no trade’ scenario for comparison with the current ‘trade’ scenario, enabling them to estimate the impact of international trade on the equitability of nutrient distribution.

The key findings of their data analysis and scenario comparison were:

Although the authors argue in favour of international trade on the basis of the above findings, and against protectionist policies that would limit it, they acknowledge a number of challenges and limitations with current food trade practices:

Although not explicitly stated by the article, it could be concluded that while current international trade ensures the adequate nutrition of many hundreds of millions of people more than if there were no trade, it could be improved to meet them better; the possible means to this are not discussed in the article, and the authors do not offer up specific recommendations.

Access to sufficient, nutritious food is a basic human right and is necessary to achieving the United Nations’ Sustainable Development Goals. We demonstrate that international food trade, in the current global system, is essential to nutrient access and enables some poorer countries to be able to nourish up to hundreds of millions of people. Protectionist trade policies could therefore have serious negative consequences for food security. 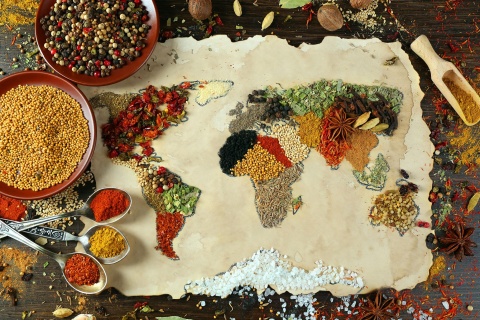