Climate mitigation policies rarely account for the time lags associated with land-based greenhouse gas mitigation policies such as reforestation, bioenergy with carbon capture and storage (BECCS) or reduction of agricultural emissions, argues this paper, making it unlikely that commitments under the Paris Agreement will be met.

Under the Paris climate agreement to limit global temperatures increases to between 1.5°C and 2°C, changes in land use have been identified as a planned mitigation option by 100 countries (out of 175 that had, by 2015, set out their intended emissions reductions). Most commonly, this involves reducing deforestation and/or increasing forest cover. Agricultural emissions options identified include lower emissions from fertiliser use, restoration of pastures, agroforestry and the adoption of new crops.

The authors argue that time lags can arise at several stage of the policy-making process, as illustrated in the figure below.

For example, side-effects from mitigation policies, such as increased erosion due to a land-sparing approach where production is intensified on existing farmland, can cause delays if they are not anticipated and managed.

In another example, some emissions budgets assumed that deforestation rates would continue to slow as they had done before the Paris Agreement. However, deforestation has increased in some subsequent years in Brazil and Colombia, driven by factors that include higher demand for meat and failure to protect indigenous peoples’ land rights.

The authors call for policymakers to account for the dynamics of land use change, to make sure that farmers, smallholders and foresters will benefit from the proposed policies, and to use empirical studies of time lags to improve policies.

Achieving the Paris Agreement’s aim of limiting average global temperature increases to 1.5°C requires substantial changes in the land system. However, individual countries’ plans to accomplish these changes remain vague, almost certainly insufficient and unlikely to be implemented in full. These shortcomings are partially the result of avoidable ‘blind spots’ relating to time lags inherent in the implementation of land-based mitigation strategies. Key blind spots include inconsistencies between different land-system policies, spatial and temporal lags in land-system change, and detrimental consequences of some mitigation options. We suggest that improved recognition of these processes is necessary to identify achievable mitigation actions, avoiding excessively optimistic assumptions and consequent policy failures.

Read the full paper here. See also the Foodsource resource What would be a safe upper limit to GHG emissions and where might reductions come from? 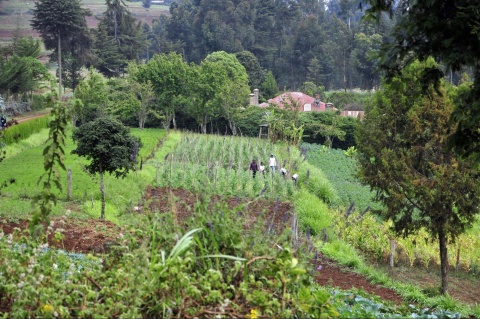