Squid, octopus, and cuttlefish - the future of food?

This paper assesses the possibility that cephalopods, such as squid, octopus and cuttlefish, could become a more important source of food in the future. In contrast to many fish population, cephalopod populations have been rising over the last few decades, possibly due to warmer ocean temperatures. The paper gives an overviews of the nutrients provided by cephalopods and the ways that they can be used as food. The authors also note that some cephalopods, including the octopus, are intelligent and possibly sentient, raising ethical issues over their use as food.

Cephalopods, specifically Coleoidea (squid, octopus, and cuttlefish), have for millennia been used as marine food by humans across the world and across different food cultures. It is particularly the mantle, the arms, the ink, and part of the intestines such as the liver that have been used. In addition to being consumed in the fresh and raw states, the various world cuisines have prepared cephalopods by a wide range of culinary techniques, such as boiling and steaming, frying, grilling, marinating, smoking, drying, and fermenting. Cephalopods are generally good nutritional sources of proteins, minerals, omega-3 fatty acids, as well as micronutrients, and their fat content is low. Whereas being part of the common fare in, e.g., Southeast Asia and Southern Europe, cephalopods are seldom used in regional cuisines in, e.g., North America and Northern Europe although the local waters there often have abundant sources of specific species that are edible. There is, however, an increasing interest among chefs and gastroscientists to source local waters in a more diverse and sustainably fashion, including novel uses of cephalopods to counterbalance the dwindling fisheries of bonefish, and to identify new protein sources to replace meat from land-animal production. The focus of the chefs and gastroscientists is on texture and flavor properties of the different cephalopods being subject to a variety of culinary transformations. Combining these trends in gastronomic development with the observation that the global populations of cephalopods are on the rise holds an interesting promise for the future. 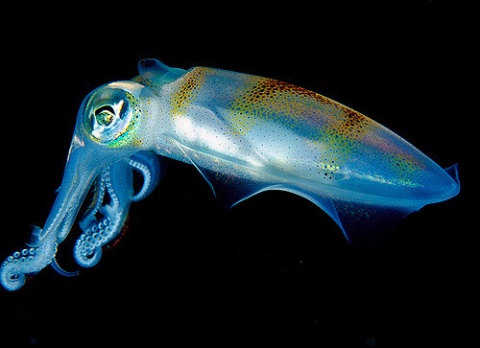