In this paper, the authors draw on their experience as agricultural scientists who have worked in Latin America, Eastern and Southern Africa and South Asia to argue that the land-sparing vs land-sharing framework has two major limitations.

In this paper, the authors draw on their experience as agricultural scientists who have worked in Latin America, Eastern and Southern Africa and South Asia to argue that the land-sparing vs land-sharing framework has two major limitations.

The first limitation, argue the authors, is that the land sparing/sharing framework tends to focus on the tradeoffs between production intensity and on-farm biodiversity and thus ignores synergies that can exist between the two. For example, topical cacao and coffee agroforests maintain some structural resemblance to native vegetation and can support some biodiversity; livestock and wildlife can coexist on East African savannas; and large carnivores can live on landscapes that are dominated by agriculture, as in the cases of leopards and striped hyenas in India and brown bears, Eurasian lynx, grey wolves and wolverines in Europe.

The second limitation is that the land sparing/sharing framework places strong emphasis on crop yield. The authors argue that this neglects other measures of agricultural performance that may be just as (or more) important to farmers, such as profitability (especially in cases where farmers have to allocate their efforts between farming and other sources of income), yield stability across seasons or labour-saving farming practices. These may in some cases be linked to better biodiversity results, for example by pushing farmers towards more extensive practices.

Increased agricultural production through both intensification and extensification is a major driver of the current biodiversity crisis. As a response, two contrasting approaches have been advocated: ‘land sparing’, which minimises demand for farmland by increasing yield, and ‘land sharing’, which boosts densities of wild populations on farmland but decreases agricultural yields. While these approaches have been useful in drawing attention to the impact of meeting the growing global demand for agricultural products on biodiversity, they have been driven mainly by conservation ecologists, and have often overlooked important issues related to farming. As agricultural scientists with practical experience in developing, testing and scaling alternative forms of agriculture in some of the most biodiversity-rich areas of Latin America, Eastern and Southern Africa and South Asia, we are pointing in this paper at what we see as being two major limitations of the land sparing/sharing framework: (1) the reliance on yield-density relationships that focus on trade-offs and overlook synergies between agriculture and biodiversity, and (2) the overemphasis on crop yield, neglecting other metrics of agricultural performance which may be more important to local farmers, and more strongly associated with positive biodiversity outcomes. It is our hope that this paper will stimulate other agricultural scientists to contribute to the land sparing/sharing framework, in order to develop together with conservation ecologists viable solutions for both improved agricultural production and biodiversity conservation.

Read the full paper here. See also the TABLE explainer What is the land sparing-sharing continuum 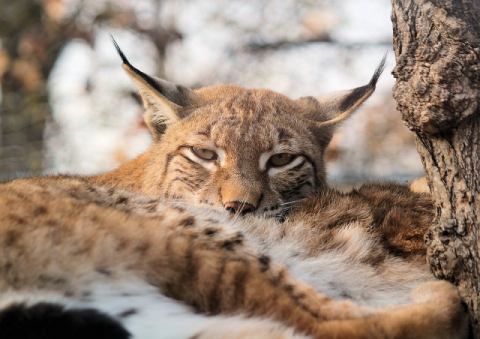