Voters in Berkeley approved the first excise tax in the U.S. on sugar-sweetened beverages in 2014. This study analyses the effect it has had in its first year on retail prices.

Sales tax and excise duty tax are two different taxes that are levied by the government.  A sales tax is imposed at the point of sale. It is payable by the consumer, and is collected by the retailer who then passes it onto the state.

The excise tax differs in that it is an indirect tax, applied either as a percentage or as a fixed (dollar) amount and paid by the producer or retailer pays the tax.  The producer or retailer may try to recover the cost by raising the end price paid by the buyer. Thus both taxes may either directly (sales) or indirectly (excise) be paid by consumers. Excise taxes can be imposed in addition to another indirect tax such as a sales tax or value added tax (VAT).

Given the uncertainty of how retailers would react to the excise tax (their added cost), this paper analyses whether the excise tax implemented in Berkley was indeed passed onto the consumer through an increase of the retail price of sweetened beverages – and it finds that it does. The study finds that approximately 3 months after the tax was implemented, retail prices increased more in Berkeley than in nearby cities.

The results of this study differ from those of a working paper on Berkeley soda prices published in August, which suggested that a smaller proportion of the tax was passed through to the retail price of soda. The more recent paper finds that soft drink prices increased by about seven-tenths of a cent more per ounce than in other cities and the authors state that they expect higher price increases in the future as small business owners learn more about the tax. Note that the study does not examine whether the higher prices lead to reduced purchases.

When interviewed, study senior author Dr. Kristine Madsen, an associate professor at UC Berkeley's School of Public Health said that "Regardless of price increases, soda taxes can be a means of sustainably funding public health efforts".

Objectives: We assessed the short-term ability to increase retail prices of the first US 1-cent-per-ounce excise tax on the distribution of sugar-sweetened beverages (SSBs), which was implemented in March 2015 by Berkeley, California.

Methods: In 2014 and 2015, we examined pre- to posttax price changes of SSBs and non-SSBs in a variety of retailers in Berkeley and in the comparison cities Oakland and San Francisco, California. We examined price changes by beverage, brand, size, and retailer type.

Conclusions: Approximately 3 months after the tax was implemented, SSB retail prices increased more in Berkeley than in nearby cities, marking a step in the causal pathway between the tax and reduced SSB consumption. 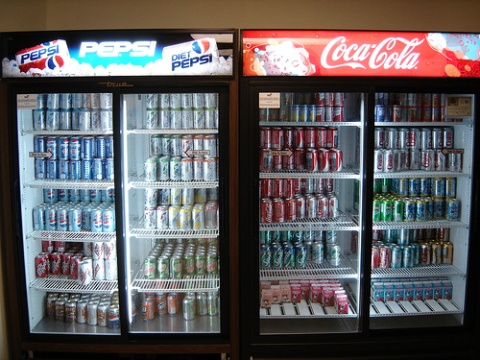