In this short perspective piece, researchers from the Netherlands, USA and the UK critically assess the COP21 4 per 1000 initiative, which seeks to increase global yearly agricultural soil organic carbon sequestration by 4‰ (= 0.4%, or 1.2 billion tonnes). The authors argue that as soil organic matter (SOM) also contains nitrogen (N), with a C-to-N ratio always approaching 12, this will require the sequestration of an extra 100 million tonnes of N per year, and they question the feasibility of achieving this.

The required extra N fertilisation would counterbalance the desired reduction in greenhouse gas emissions due to the energy-intensive Haber-Bosch process used to produce it, as well as produce associated N2O emissions.

Nitrogen surpluses exist in various agricultural soils across the world. Theoretically these could be incorporated into the increased SOM without the need for additional fertilisation. While this would have the added benefit of reducing N pollution there are two barriers to this: Firstly, these surpluses are highly localised into discrete regions and thus hard to redistribute. Secondly, in order to be incorporated into SOM rather than stay in the soil, the nitrogen would first have to be taken up by crop plants. Only on degradation of plant matter the nitrogen would then become part of the SOM. The rate at which this process would occur is far slower than would be required.

The authors applaud the global effort to increase the carbon content of soils, but call for the environmental science community to recognise the soil nutrient limitations on this endeavour, and to “redefine the 4 per 1000 goals within a spatially explicit action plan”.

To slow down rising levels of atmospheric CO2, the “4 per 1000” (4p1000) initiative was launched at the COP21 conference in Paris (http://4p1000.org). This initiative aims at a yearly 4‰ (0.4%) increase in global agricultural soil organic carbon (SOC) stocks. If applied to all (also nonagricultural) soils, such a C sequestration rate could in theory fully compensate increases in atmospheric CO2−C levels of 4300 Tg yr−1. We question the feasibility of the 4p1000 goal, using basic stoichiometric arguments. Soil organic matter (SOM) contains nitrogen (N) as well as C, and it is unclear what will be the origin of this N. 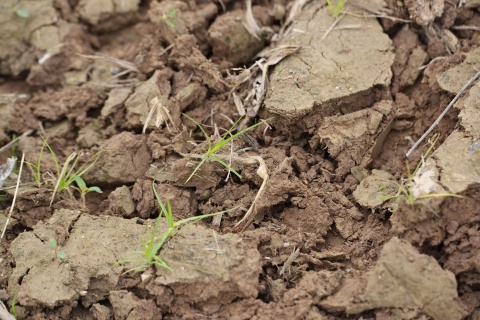