Research published in Nature Climate Change shows that accelerated erosion due to agricultural management is a major threat to food security and soil sustainability.

Erosion is a natural process that continually shapes the land surface. The removal of soil also removes carbon contained in that soil. With erosion removing top soil it removes the layer of the soil that has the greatest concentration of carbon.

In the paper, entitled The global significance of omitting soil erosion from soil organic carbon cycling schemes, the authors conclude that land use and land use change have accelerated erosion rates up to 100 times over natural levels and that globally erosion is now removing between 0.3 and 1.0 billion tons of soil carbon per year. This is equivalent to 16-55% of the annual greenhouse gas flux due to agriculture globally. The authors say that this piece of the carbon emission puzzle has almost entirely been ignored in earth system models up until now. If effective climate mitigation strategies are to be designed, they need to include accurate predictions of future carbon fluxes and recognizing soil erosion in these models would make a major improvement in making such predictions.

Soil organic carbon (SOC) cycling schemes used in land surface models (LSMs) typically account only for the effects of net primary production and heterotrophic respiration. To demonstrate the significance of omitting soil redistribution in SOC accounting, sequestration and emissions, we modified the SOC cycling scheme RothC to include soil erosion. Net SOC fluxes with and without soil erosion for Australian long-term trial sites were established and estimates made across Australia and other global regions based on a validated relation with catchment-scale soil erosion. Assuming that soil erosion is omitted from previous estimates of net C flux, we found that SOC erosion is incorrectly attributed to respiration. On this basis, the Australian National Greenhouse Gas inventory overestimated the net C flux from cropland by up to 40% and the potential (100 year) C sink is overestimated by up to 17%. We estimated global terrestrial SOC erosion to be 0.3–1.0 Pg C yr−1 indicating an uncertainty of −18 to −27% globally and +35 to −82% regionally relative to the long-term (2000–2010) terrestrial C flux of several LSMs. Including soil erosion in LSMs should reduce uncertainty in SOC flux estimates with implications for CO2 emissions, mitigation and adaptation strategies and interpretations of trends and variability in global ecosystems.

See more resources related to soils, carbon sinks and sequestration, land,  Climate change mitigation, land use and land use change, you can also see the result of a search on soil carbon. 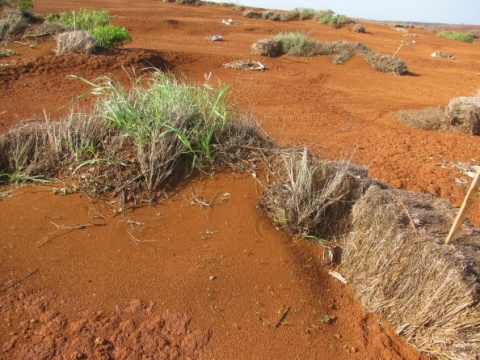