119 countries pledged to reduce their GHG emissions in the 2015 Paris Agreement but exactly how much mitigation is needed by each sector to meet the 2-degree global target still largely unknown. This paper by Wollenberg et al., provides an estimate of how much GHG mitigation should be expected of the agricultural sector; compares this with what current plausible mitigation options could deliver – and finds a major discrepancy between the two.

Direct emissions from agriculture, in the form of methane CH4 and nitrous oxide N2O contribute ~5.0 to 5.8 GtCO2e/yr or ~11% of total anthropogenic GHG emissions.  These figures do not take into account CO2 release or sequestration arising from land use change.

To determine the emissions budget necessary to limit warming in 2100 to no more than 2°C above pre-industrial levels the authors used one of the IPCC’s 4 reference scenarios, called Representative Concentration Pathway (RCP) 2.6.  In this scenario, radiative forcing is reduced to 2.6 W/m2 in 2100, or ~450 ppm of CO2e in 2100, which results in a 66% or “likely” chance of staying below the 2°C warming limit.  This and all the other scenarios provide individual trajectories for reductions in carbon dioxide CO2, CH4 and N2O.

The authors then use integrated assessment models to identify the least cost actions by the different sectors, including agriculture, that could lead to the reductions in emissions, and use three different existing models to check consistency across them.

They then compared the above against the business-as-usual emissions in agriculture from these same three integrated assessment models – the difference can be seen in the table, copied:

Going back to the 1GT CO2e goal for 2030, they then asked – is this level of reduction feasible? Based on the evidence available they tested two plausible development pathways: one that reflects widespread dissemination of technical agronomic practices at prices of up to 20 USD per tCO2e; and one based on intensified production of crops and livestock with increases in efficiency, also at prices of up to 20 USD per tCO2e. Both pathways rely on existing practices that improve or at least do not compromise, food productivity.

They found that the first of these development pathways only led to a reduction of 0.4 GtCO2e/yr in 2030 and the second an even smaller 0.21 GtCO2e/yr – and the two pathways are unlikely to have an additive effect.

In other words, there is a major gap between the level of reduction needed, and plausible approaches available today assuming a modest carbon price.

The rest of the paper is devoted to arguing that more effort and a greater sense of urgency is needed in generating plausible low emission agricultural technologies, such as ruminant methane (CH4) inhibitors as well as substantially more ambitious policies. Coordinated research effort is needed to find alternative agricultural strategies that do not require completely new management practices or inputs. This must be driven by more ambitious policies and financial incentive mechanisms.

They also argue the need for mitigation beyond a focus on agricultural N2O and CH4 emissions - including actions to promote soil carbon sequestration and reduce land clearance.  They highlight too the potential afforded by measures to reduce food losses and waste and to shift diets in healthier directions (including by reducing meat consumption).  They conclude, based on the evidence available and the magnitude of the need, that a comprehensive goal for reducing agriculture-related emissions would be on the order of ~5-9 GtCO2e/yr, or about 27% of the mitigation needed across all sectors.

More than 100 countries pledged to reduce agricultural greenhouse gas (GHG) emissions (Richards et al., 2015a) in the 2015 Paris Agreement of the United Nations Framework Convention on Climate Change. Yet technical information about how much mitigation is needed in the sector versus how much is feasible remains poor. We identify a preliminary global target for reducing emissions from agriculture of ~1 GtCO2e/yr by 2030 to limit warming in 2100 to 2°C above pre-industrial levels. Yet plausible agricultural development pathways with mitigation co-benefits deliver only 21 to 40 % of needed mitigation. The target indicates that more transformative technical and policy options will be needed, such as methane inhibitors and finance for new practices. A more comprehensive target for the 2°C limit should be developed to include soil carbon and agriculture-related mitigation options. Excluding agricultural emissions from mitigation targets and plans will increase the cost of mitigation in other sectors or reduce the feasibility of meeting the 2°C limit.

There are a number of related blog-posts to read that discuss this paper, see for example  one by CCAFS, one in Think Progress or this one in The Conversation.

If you want to see other related resources, take a look at our Research Library category on climate change: mitigation and the keyword categories on GHG impacts and mitigation, agricultural innovation, methane, farm management tools, food and agriculture policy, sustainable food security.

surprisingly large number of countries—at least 119—voluntarily pledged to reduce their agricultural greenhouse gas (GHG) emissions for the agreement in their statements of Intended Nationally Determined Contributions to the UNFCCC. (Richards et al., 2015a). 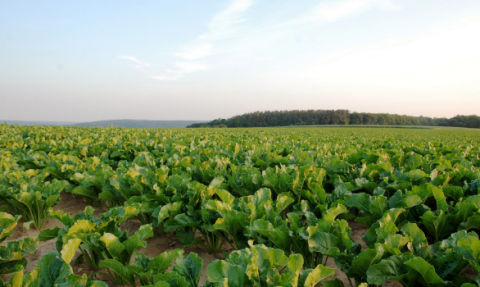