The figure below shows an increase in fishing effort in the PIPA (red line) after the first public mention of the planned reserve.

Extrapolating their findings globally, the authors estimate that, if each major fishing area expanded their marine protected areas so that 30% of their areas were covered by no-take reserves, then the transient increase in fishing effort could cause 72% of global fisheries to be overfished (compared to the current level of 65%). Note that this additional overfishing would only last until the new marine reserves were established.

The authors conclude, “In the specific case of marine reserves at least, we suggest a need to reduce the duration of policy design periods.”

Most large-scale conservation policies are anticipated or announced in advance. This risks the possibility of preemptive resource extraction before the conservation intervention goes into force. We use a high-resolution dataset of satellite-based fishing activity to show that anticipation of an impending no-take marine reserve undermines the policy by triggering an unintended race-to-fish. We study one of the world’s largest marine reserves, the Phoenix Islands Protected Area (PIPA), and find that fishers more than doubled their fishing effort once this area was earmarked for eventual protected status. The additional fishing effort resulted in an impoverished starting point for PIPA equivalent to 1.5 y of banned fishing. Extrapolating this behavior globally, we estimate that if other marine reserve announcements were to trigger similar preemptive fishing, this could temporarily increase the share of overextracted fisheries from 65% to 72%. Our findings have implications for general conservation efforts as well as the methods that scientists use to monitor and evaluate policy efficacy. 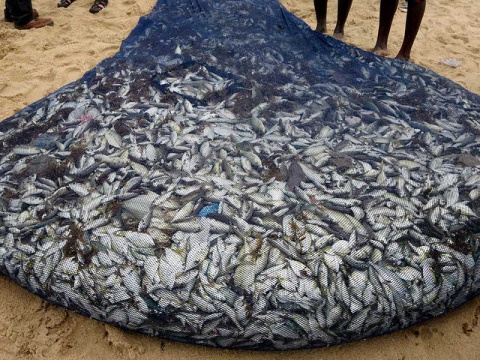