This paper by FCRN member Diego Rose estimates that 16% of adults in the United States might be receptive to changing their diet if national dietary guidance were to include information about environmental sustainability. It also estimates the impacts of a range of different dietary changes for those people on greenhouse gas emissions, dietary quality and dietary costs.

The paper takes data from the US National Health and Nutrition Examination Survey (NHANES) and from a study by Chatham House on attitudes to climate change. To identify the proportion of survey respondents who might be willing to change their diet, the authors followed the schematic below to estimate how many people (a) had already tried to follow national dietary guidelines, and (b) think that climate change is caused by humans. The result of 16% therefore does not account for any people who do not currently follow national dietary guidance, but might be likely to do so if the guidance were to include environmental recommendations.

At the individual level, if all meat were to be replaced with plant proteins by the people open to dietary change, dietary greenhouse gas emissions could fall by 50%, dietary quality (measured by the Healthy Eating Index) would increase by 9% and dietary costs could decrease by 11%.

However, since only 16% of the adult population was classed as likely to change diets, the effects at the country level would be considerably smaller, e.g. dietary emissions could fall 5% at the national level if 16% of people replaced meat with plants.

The role of diet in health is well established and, in the past decade, more attention has been given to the role of food choices in the environment. The agricultural sector produces about a quarter of the world's greenhouse gas emissions (GHGE), and meat production, especially beef, is an important contributor to global GHGE. Our study aimed to address a fundamental gap in the diet-climate literature: identifying consumers who are receptive to making dietary changes, and the effect of their potential changes on GHGE, diet healthfulness, and diet costs.

Dietary data on US individuals from a nationally representative survey were linked to food-related GHGE. We identified individuals receptive to changing their diets (potential changers) as those who reported trying US dietary guidance and were likely to agree that humans contribute to climate change. We assessed GHGE, diet healthfulness measured by the Healthy Eating Index (HEI), and diet costs before and after hypothetical changes replacing either beef or meats with poultry or plant-protein foods.

Our sample comprised 7188 individuals, of whom 16% were potential changers. These were disproportionately women, highly educated, or had higher income compared with individuals deemed not likely to change. Replacing 100% of beef intake in potential changers with poultry reduced mean dietary GHGE by 1·38 kg CO2-equivalents per person per day (95% CI 1·19–1·58), a 35·7% decrease. This replacement also increased mean HEI by 1·7% and reduced mean diet costs by 1·7%. We observed the largest changes when replacing all beef, pork, or poultry intake with plant-protein foods (GHGE decreased by 49·6%, mean HEI increased by 8·7%, and dietary costs decreased by 10·5%). Hypothetical replacements in the potential changers alone resulted in whole population reductions in 1-day dietary GHGE of 1·2% to 6·7%, equivalent to 22–126 million fewer passenger vehicle km.

Individual-level diet studies that include a variation in response by consumers can improve our understanding of the effects of climate policies such as those that include sustainability information in national dietary guidance. In our study, we found that changes by a small percentage of motivated individuals can modestly reduce the national dietary GHGE. Moreover, these substitutions can modestly improve diet healthfulness and reduce diet costs for individuals who make these changes. 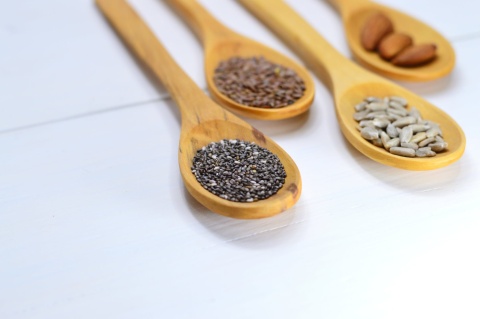