PhD Thesis: "Toward a dignified food security? Discourses of dignity, development, and culture in New York City and Bogotá"

In this PhD thesis, Leah M. Ashe from Cardiff University School of Planning and Geography, examines how narratives of “food security” are constructed in New York city and Bogotá and how they are influenced by different development ideologies and discourses.

The thesis looks both at how food security has emerged as a major global policy challenge at and at shifts that have occurred in this discourse during the past half-century. It then looks in detail at the two cities and how both social values that derive from different development ideologies (on progress, economy, and solidarity for example), and cultural features (in particularly foodways and food-health narratives) have influenced both food policy and people’s experiences of the service delivery in these cities.

The three specific research questions of the project were:

As a continuation from the empirical work trying to understand how culture influences the discourses on food security in the two cities, the thesis also explores a new framing of food security through a more reflexive approach, that of dignified food security. This framing is focused on human rights and achieving human dignity and the author defines the problem of food security in the following way: “it is a lack of dignity in people’s food-worlds – and not a lack of food (or even of money) per se – that defines the fundamental  problem faced by people in both NYC and in Bogotá as food security”. The research then discusses how current practices and policies (e.g. school meals, food related welfare) can be improved by moving away from viewing food security merely as a food ‘supply’ problem, but rather through a lens of rights and dignity.

In light of a severe, changing and globally implicative New Food Equation marked perhaps above all else by the dynamics of a new, bimodal food insecurity and the simultaneous rising importance of cities, new approaches to address food security at urban scales suggest promise. But as such efforts are relatively new, the discourses and activities of urban actors are understood to only a limited extent. Moreover, while attention to food security per se is robust and growing, attention to the discursive and narrative dimensions that ultimately construct both the real nutritional achievements and the real experiential implications of such policy is not. In this research, I apply analytical methods informed by the interpretive, critical and ethnographic traditions to understand (some of) the cultural, ideological and philosophical particularities of these new dynamics and contexts, examining the cases of two large cities in the North and South, New York City and Bogotá. Tandem to the empirical work, I explore the philosophical tenets that ground food security efforts in the two studied cities and more generally, and I finally settle upon the purposefully normative appeal for motion towards a new concept: dignified food security.

You can read the full thesis here.

You will also find other relevant material by looking at our Research Library categories: Food security and nutrition; development/poverty, the keyword category food and agriculture policy and general website searches on human rights (in the context of sustainable food) and urban food systems. 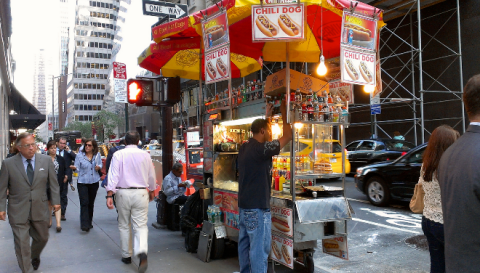