Consumers influence climate change through their consumption patterns and their support or dismissal of climate mitigation policy measures. Both climate-friendly actions and policy support comprise a broad range of options, which vary in manifold ways and, therefore, might be influenced by different factors.

The aims of the study were, therefore, two-fold: first, we intended to find a meaningful way to classify different ways of addressing climate change. Second, we aimed to examine which determinants influence people’s willingness to engage in these behaviors. We conducted a large-scale mail survey in Switzerland in which respondents rated, among other items, their willingness to act or support a range of possible actions and mitigations measures.

A principal component analysis indicated that a distinction in terms of a behavior’s directness as well as a differentiation according to perceived costs seem to be appropriate to classify climate-friendly actions. Multiple regression analyses showed that perceived costs and perceived climate benefit turned out to be the strongest predictors for willingness to act or to support climate policy measures. The strong influence of perceived climate benefit might reflect a strategy of reducing cognitive dissonance. As high-cost behaviors are more difficult to adopt, consumers may reduce dissonance by dismissing high-cost behaviors as not effective in terms of climate mitigation. Political affiliation proved to be another strong determinant of willingness to act or support. Participants on the right wing were less willing to show indirect climate-friendly behaviors, change their mobility behaviors, and to support any type of climate mitigation policy measures. Climate-friendly low cost behaviors, however, were not influenced by political affiliation. 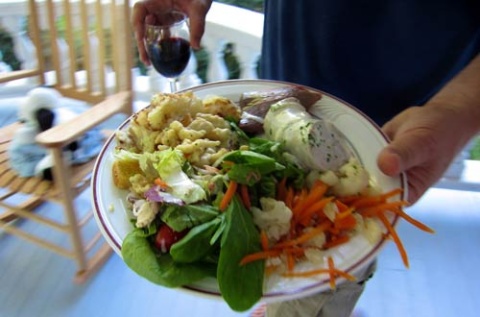