Outside the climate safe space for food production

This paper sets out a “safe climatic space” for food production and finds that, while climate change could put around one third of global crop and livestock production at risk, keeping to the Paris Agreement could reduce this risk considerably.

The safe climatic space (SCS) concept introduced by the paper is based on aridity, temperature and precipitation. As shown in the figure below, a SCS (the light blue area) has been defined separately for crop and for livestock production and describes areas where 95% of food production took place in the baseline reference period (1970 to 2000). Areas of dense red dots show locations where food production will continue under different emissions scenarios; light blue areas where there are no or fewer red dots refer to locations where food production is expected to fall under climate change. The percentage of crop and livestock production that is expected to fall outside the safe space varies strongly depending on emissions scenarios (shown below), with around one third of food production being threatened by the end of the century in a high emissions scenario. The geographical regions most likely to experience falling food production in a high emissions scenario are, as shown below, in parts of Latin America, the Sahel region, the horn of Africa, and South and Southeast Asia. Image: Figure 6, Kummu et al. Extent of food crop production and livestock production that would fall within and outside safe climatic space.

Food production on our planet is dominantly based on agricultural practices developed during stable Holocene climatic conditions. Although it is widely accepted that climate change perturbs these conditions, no systematic understanding exists on where and how the major risks for entering unprecedented conditions may occur. Here, we address this gap by introducing the concept of safe climatic space (SCS), which incorporates the decisive climatic factors of agricultural production: precipitation, temperature, and aridity. We show that a rapid and unhalted growth of greenhouse gas emissions (SSP5–8.5) could force 31% of the global food crop and 34% of livestock production beyond the SCS by 2081–2100. The most vulnerable areas are South and Southeast Asia and Africa's Sudano-Sahelian Zone, which have low resilience to cope with these changes. Our results underpin the importance of committing to a low-emissions scenario (SSP1–2.6), whereupon the extent of food production facing unprecedented conditions would be a fraction. 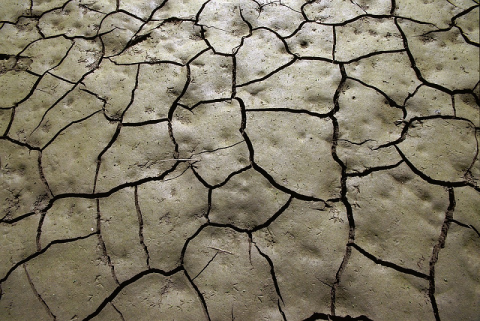