Nutritionism in food policy: the case of ‘animal protein’

This paper argues that animal-source foods are unjustly stigmatised as being harmful for health and the environment, and that nutritionism - focusing on the individual components of food rather than its broader benefits - is overly reductive. The paper criticises the use of narrow metrics such as emissions per kg of food, and instead calls for “wholesome and nourishing diets” rooted in values such as “conviviality and shared traditions”.

The authors object to using the word “protein” in a policymaking context because it suggests that all protein sources are interchangeable, and prefer the term “protein-rich foods” instead, to put more emphasis on their non-protein nutrients. They argue that simplistic categorisation of foods according to one main nutrient - for example referring to meat as “protein” - ignores other important factors such as differing bioavailability of nutrients between food types, micronutrient provision, and the social and cultural roles of food.

The paper discusses the nutritional and environmental implications of a nutritionism-centred approach to animal-source foods.

On nutrition, the authors note:

On environmental implications, the authors note:

Reductionist approaches to food focus on isolated nutritional criteria, ignoring the broader physiological and societal benefits and trade-offs involved. They can lead to the inadvertent or, potentially, intentional labelling of foods as good or bad. Both can be considered worrisome. Among our present-day array of issues is the disproportionate stigmatisation of animal-source foods as harmful for human and planetary health. The case for a protein transition reinforces this trend, overemphasising one particular nutritional constituent (even if an important one). In its strongest formulation, animal-source foods (reduced to the notion of ‘animal protein’) are represented as an intrinsically harmful food category that needs to be minimised, thereby falsely assuming that ‘proteins’ are nutritionally interchangeable. We caution against using the word ‘protein’ in food policy-making to describe a heterogenous set of foods. Rather, we suggest referring to said foods as ‘protein-rich foods’, while acknowledging the expanded pool of non-protein nutrients that they provide and their unique capabilities to support a much broader range of bodily functions. Several essential or otherwise beneficial nutrients are generally more bioavailable in animal-source foods than in plant-source foods. A similar complementarity exists in reverse. Nutritional and environmental metrics should be carefully interpreted, as considerable contextuality is involved. This needs to be undertaken, for instance, with respect to the biochemistry of food and in light of individual and genetically inherited human physiology. Also, the assessments of the environmental impact need a fine-grained approach, especially when examining a product at the system scale. Harms and benefits are multiple, multi-dimensional, and difficult to measure on the basis of the narrow sets of descriptive metrics that are often used (e.g. CO2-eq/kg). A more appropriate way forward would consist of combining and integrating the best of animal and plant solutions to reconnect with wholesome and nourishing diets that are rooted in undervalued benefits such as conviviality and shared traditions, thus steering away from a nutrient-centric dogma. Humans do not consume isolated nutrients, they consume foods, and they do so as part of culturally complex dietary patterns that, despite their complexity, need to be carefully considered in food policy making.

Read the full paper here. See also the TABLE explainer Focus: the difficult livestock issue and the TABLE project Power in the food system: what’s powering the future of protein? 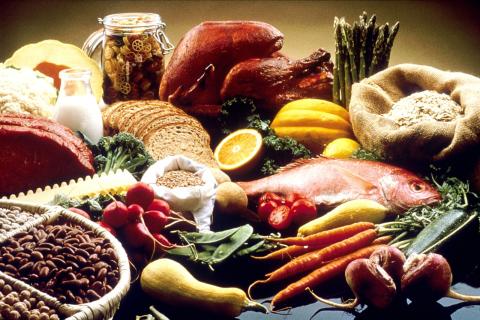