This study models the impacts on food security and food prices of using land-based mitigation strategies to limit climate change to 2°C, focusing on three mitigation policies: non-CO2 emissions reductions, bioenergy production, and afforestation. It finds that tens of millions more people could be at risk of hunger in 2050 compared to the baseline scenario in which these mitigation measures are not applied. See also the TABLE summary of the paper Global cropland could be almost halved for views on how agricultural intensification could impact afforestation debates.

The figure below illustrates the causal pathways by which land-based climate mitigation measures might influence food security, for example through competition for land between food production and bioenergy production. Image: Figure 1, Fujimori et al. Representation of climate change mitigation measures and their potential effects on agricultural prices and the risk of hunger.

In the full mitigation scenario where all three land-based mitigation strategies are used, agricultural production costs and land rents increase, driving up food prices. The result is that, in 2050, calorie availability is around 117 kcal/person/day lower than in the baseline scenario, and the number of people at risk of hunger is 118 million higher than in the baseline. Note that, as shown in Figure 2a and 2b below, the full mitigation scenario still results in higher calorie availability and fewer people at risk of hunger than the 2010 figures. Figures 2d-f break down the relative impacts of each mitigation policy; afforestation has the largest negative impacts on calorie availability, risk of hunger and agricultural commodity prices. The authors attribute afforestation’s particularly large effects to its large land requirement; in the long term, bioenergy with carbon capture and storage can mitigate a higher level of emissions per unit area of land.

The authors note that some of the adverse effects could be mitigated through demand-side behavioural changes such as reducing meat consumption and reducing food waste. For more on these options, see the TABLE explainers What is feed-food competition? and What is food loss and food waste?

Earlier studies have noted potential adverse impacts of land-related emissions mitigation strategies on food security, particularly due to food price increases—but without distinguishing these strategies’ individual effects under different conditions. Using six global agroeconomic models, we show the extent to which three factors—non-CO2 emissions reduction, bioenergy production and afforestation—may change food security and agricultural market conditions under 2°C climate-stabilisation scenarios. Results show that afforestation (often simulated in the models by imposing carbon prices on land carbon stocks) could have a large impact on food security relative to non-CO2 emissions policies (generally implemented as emissions taxes). Respectively, these measures put an additional 41.9 million and 26.7 million people at risk of hunger in 2050 compared with the current trend scenario baseline. This highlights the need for better coordination in emissions reduction and agricultural market management policies as well as better representation of land use and associated greenhouse gas emissions in modelling. 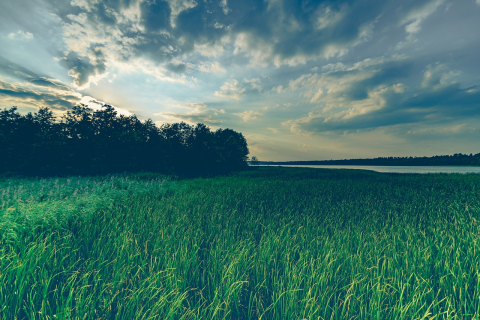