A key debate: the impact on diets and greenhouse gas emissions of eliminating animals from US agriculture

Three letters have been published in a recent edition of PNAS criticising the assumptions and conclusions drawn by a 2017 paper which sought to quantify the greenhouse gas (GHG) and nutritional implications of completely eliminating animals from US agriculture. A rebuttal letter by the authors of the original 2017 paper appears alongside the three letters in the journal.

We seek here to provide a brief overview of the arguments put forward by these five articles, but urge readers to refer to the original articles and citations therein in order to draw their own fully-informed conclusions about the validity of the arguments.

The 2017 research by White and Hall employed a modelling approach to estimate the contributions of animal agriculture to US food production, and how food/nutrient production and the nutritional adequacy of diets, as well as GHG emissions, would change if animals were excluded from the food system. The paper concluded that total food production and availability of certain currently deficient nutrients would increase and GHG emissions would decrease (but only by 2.6% of total US GHG emissions). However, they also concluded that the simulated plant-based diet would be deficient in other nutrients, namely calcium, vitamins A and B12, and the fatty acids EPA, DHA and arachidonic acid.

In his letter, Emery criticises the assumption made by the paper that all land currently used for growing crops for animal feed would continue to be used to grow the same crops (with the intended primary consumers now being humans rather than livestock). He argues that as most feed crops are unpalatable for humans without processing, this is an unrealistic assumption, and that it is more likely that the land would be diverted to the growing of more favourable crops (such as other grains, fruits, vegetables and pulses), driven by demand. White and Hall had justified this assumption in the original paper on the basis that the current demand for fruit and vegetables in the US has not driven a corresponding supply of these foods (with about half of fruit and vegetables being imported), and they attribute this to biophysical limitations (i.e. limited availability of suitable soil and climatic conditions. Emery criticises this justification (i.e. that biophysical limitations are what limits fruit and vegetable growth), arguing that regulatory and economic factors are more important determining factors. In their rebuttal, White and Hall argue that due to the high risk associated with growing fruit and vegetables (i.e. sensitivity to growing conditions and the subsequent potential for large yield losses), it may not be economically viable for farmers to diversify to meet demand, and thus stand by their feed crop plant-based diet scenario.

In their letter, Springmann et al. criticise the algorithm used to determine the diet that would result from animal-free agriculture. They argue that the algorithm is not properly constrained to produce a realistic diet (for example, the diet simulated by White and Hall included an energy intake of >4,700 kcal per day – more than twice the recommended energy intake of an adult). Like Emery, Springmann et al. also criticise the assumption that the distribution of crops grown in the US would not change, arguing that there is much evidence to the contrary and that there would be other drivers (e.g. environmental) of this shift. They additionally criticise the nutritional conclusions, arguing that all the nutrients found by White and Hall to be deficient in the simulated plant-based diet are either not essential or can be met through realistic plant-based diets and lifestyles.

Van Meerbeck and Svenning similarly criticise the unrealistic nature of the simulated plant-based diet and further criticise the paper on the basis that it confounds the debate about the merits of transitioning to more plant-based diets. They argue that White and Hall ignore the many health and environmental benefits of such a transition.

The specific rebuttals to these criticisms are best read directly in White and Hall’s letter, but the thrust of their counter argument can be summarised thus:

Many studies have attempted to quantify the benefits and drawbacks of shifting diets, either by examining the impacts of real diets, or by simulating a variety of idealised diets with specific constraints (healthy, Mediterranean, vegetarian, plant-based, etc.). These studies usually work on the assumption that supply will readjust to match demand (i.e. the shift in diet will lead to a corresponding shift in production; for example, it is assumed that people reducing their meat intake will be associated with a proportional decrease in livestock farming and therefore with the environmental benefits that this entails). What White and Hall have attempted to do instead is to assess what the impact would be of changing the supply side of the food system first – i.e. how would removing animals from the food supply force diets to change? And what diets could be supported by such a food system? They therefore argue that it was never their goal to assess realistic, intermediate or desirable diets and that the arguments levelled by the three letters are criticising their study outside of its intended context.

Original paper (can be read here):

White, R. R. and Hall, M. B. (2017). Nutritional and greenhouse gas impacts of removing animals from US agriculture. Proceedings of the National Academy of Sciences, 201707322.

Emery, I. (2018). Without animals, US farmers would reduce feed crop production. Proceedings of the National Academy of Sciences, 201720760. Letter can be read here.

Springmann, M., Clark, M. and Willett, W. (2018). Feedlot diet for Americans that results from a misspecified optimization algorithm. Proceedings of the National Academy of Sciences, 201721335. Letter can be read here.

Van Meerbeek, K. and Svenning, J. C. (2018). Causing confusion in the debate about the transition toward a more plant-based diet. Proceedings of the National Academy of Sciences, 115(8), E1701-E1702. Letter can be read here.

White, R R. and Hall, M. B. (2018) [Reply to Van Meerbeek and Svenning, Emery, and Springmann et al.:] Clarifying assumptions and objectives in evaluating effects of food system shifts on human diets. Proceedings of the National Academy of Sciences, 115(8), E1706-E1708. Letter can be read here.

See also the Foodsource resource What are the possible unintended consequences of changing diets? 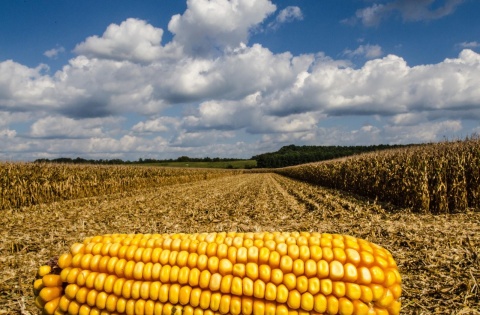