Interventions to accelerate change towards a healthier diet

The relationship between diets, health and quality of life has been the focus of several initiatives to accelerate a move towards healthier diets. However, the results of these interventions have been mixed. This paper by Susan Jebb of the University of Oxford summarises some of these dietary change interventions while discussing the need for improved methods to monitor and evaluate their progress.

The first part of the article discusses human behaviour and its impacts on food choices. It finds that not only people’s own knowledge, but also external factors such as environmental cues, are important in changing diets. For example, the Nuffield Council has proposed a ladder of interventions, from policies based on boosting the knowledge and capability of individuals to more coercive policies that restrict or eliminate food choice. Interventions between these two extremes can be used in different ways, depending on context and the acceptability of specific actions to individuals.

The second part of the paper explores some health promotion and marketing campaigns that try to motivate and equip consumers with the necessary skills to change their diets. For example,  the authors mention a recent study that developed a smartphone app that offered people with cardiovascular disease personalised shopping suggestions for lower salt alternatives. Over four weeks, people using the app purchased, on average, 0.7 g of salt less each day than people in a control group.

The third part of the paper focuses on actions to change the food environment, since it is an important determinant of eating habits. However, the evidence on interventions in the food environment is mixed. For example, there is moderate evidence that clearer nutritional labelling on menus and marketing restrictions lead to healthier food choices. Fiscal interventions, such as food subsidies or taxes, have been shown to have a powerful effect on behaviour and are being implemented in several countries - but they generally require both political leadership and public support. Changes in the food environment, such as product reformulation to reduce saturated fat, sugar or salt, can increase healthy actions be changing the default option, without requiring consumers to actively make a healthier choice. The disadvantage of such changes is that they require cooperation from the food industry, and the evidence is not yet clear on the most successful ways to alter business practices. Finally, some interventions introduce mandatory regulations of products, such as South African restrictions on salt levels in several products. The paper notes that around two-thirds of products covered already meet the salt restriction targets, but that if action is not taken to remove non-conforming products from the market, then the effectiveness of the regulations may be weakened.

The final conclusion of the paper is that no single initiative will achieve comprehensive dietary change across the entire population. Therefore, a complex mix of interventions that combines individual targeted actions with actions on the food environment is crucial. It is important to create a portfolio of initiatives that acts synergistically throughout the food system, from ‘farm to fork’ and involving all actors.

Poor diets are a significant contributor to non-communicable diseases and obesity. Despite years of health promotion, change in dietary habits is slow and there is growing recognition of the need to provide greater support to individuals and to complement individual efforts with changes in the food environment to shift the default towards healthier diets. The present paper summarises opportunities for intervention at the individual and population level. It discusses the role of voluntary or mandatory approaches to drive change in the food industry and the need for improved methods to monitor and evaluate progress. It concludes with a call to action from all stakeholders to accelerate change towards a healthier diet.

Read the full paper here. See also the Foodsource chapter How are food systems, diets, and health connected? You may be interested in the report What works? by the FCRN and Chatham House, which reviews evidence on effective ways of shifting people’s consumption patterns. 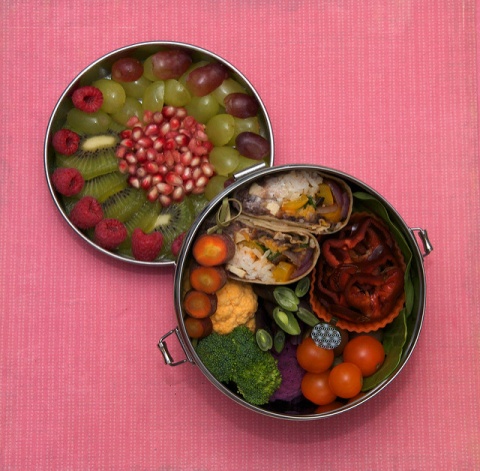