Humans have eradicated many living things

Although humans only make up 0.01% of life on Earth by weight, 83% of wild mammals and 15% of fish have been lost since the start of human civilisation, according to a new study. The study also finds that, of all mammals on Earth, 36% are humans, 60% are livestock and 4% are wild mammals, while 70% of birds are chicken and other poultry with only 30% being wild.

Plants are found to make up the majority of biomass on Earth, at 82%. However, around half of plant biomass is estimated to have been lost since the start of human civilisation. Crops account for 2% of current plant biomass. Bacteria make up 13% of current biomass.

A census of the biomass on Earth is key for understanding the structure and dynamics of the biosphere. However, a global, quantitative view of how the biomass of different taxa compare with one another is still lacking. Here, we assemble the overall biomass composition of the biosphere, establishing a census of the ≈550 gigatons of carbon (Gt C) of biomass distributed among all of the kingdoms of life. We find that the kingdoms of life concentrate at different locations on the planet; plants (≈450 Gt C, the dominant kingdom) are primarily terrestrial, whereas animals (≈2 Gt C) are mainly marine, and bacteria (≈70 Gt C) and archaea (≈7 Gt C) are predominantly located in deep subsurface environments. We show that terrestrial biomass is about two orders of magnitude higher than marine biomass and estimate a total of ≈6 Gt C of marine biota, doubling the previous estimated quantity. Our analysis reveals that the global marine biomass pyramid contains more consumers than producers, thus increasing the scope of previous observations on inverse food pyramids. Finally, we highlight that the mass of humans is an order of magnitude higher than that of all wild mammals combined and report the historical impact of humanity on the global biomass of prominent taxa, including mammals, fish, and plants.

Read coverage of the study in the Guardian here and find the original study here. The data used in the study can be found on GitHub here. See also the Foodsource resource How do food systems affect land-use and biodiversity? 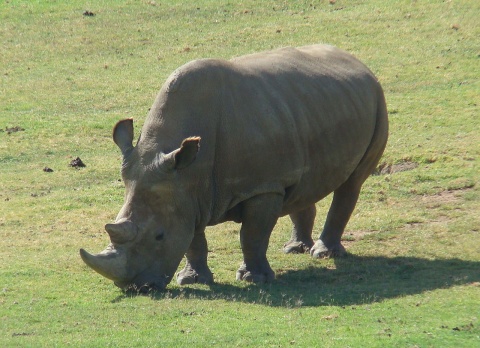