How many chickens does it take to make an egg?

The authors chose to use the number of chickens in the US egg industry as a metric of chicken welfare (with fewer being better) because they argue that there is insufficient evidence that commonly used welfare certification programmes for eggs actually reduce chicken suffering. The paper reports that on average 6.3 chicken lives to make 1000 eggs (i.e. for every chicken hatched in the industry, 158 eggs are produced). The diagram below shows the life cycle of chickens in the US egg industry. 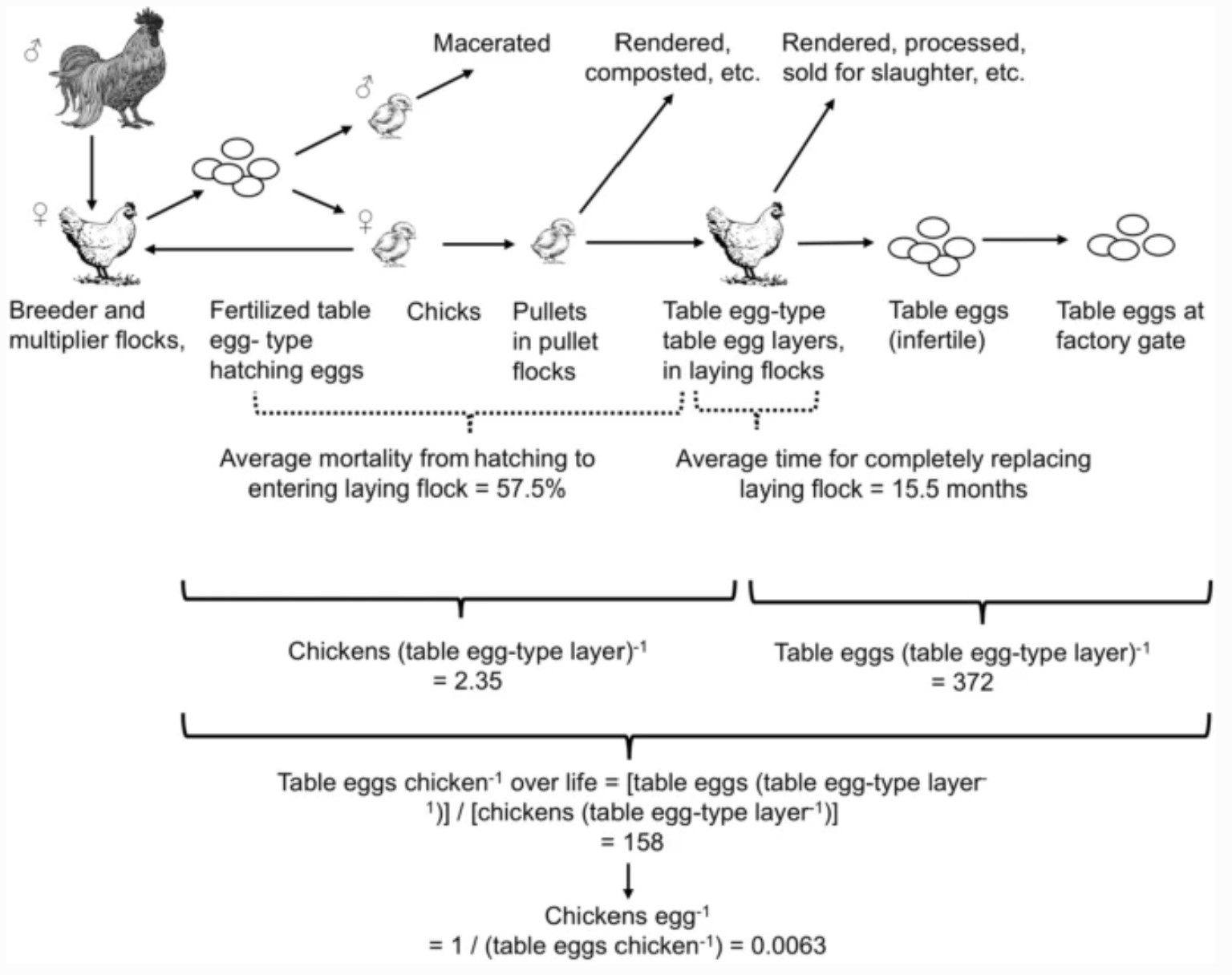 In the case study - the dining facilities at the University of California, Santa Barbara, where the manager is increasing the proportion of vegan options available - egg-based mayonnaise was assumed to be replaced with soy-based mayonnaise. The paper reports that this substitution (when limited to the case study) would reduce the number of chickens required by 14 per year (for context, around 581 million chicks per year are hatched in the US egg industry) as well as reduce the mayonnaise’s greenhouse gas emissions by 44%, water use by 77%, reactive nitrogen emissions by 98% and land use by 63%.

Replacing half of eggs eaten in meals with tofu, when scaled up to the entire US population, could reduce the number of chickens in the US egg industry by 291 million per year (i.e. halving the number required), as well as reduce associated environmental impacts by 53-98% (see Table 2 and Table 3 from the paper for more details).

The paper’s consideration of animal welfare is limited to chicken. That is, it does not calculate the animal welfare implications associated with pest control and harvesting of crops to produce soy for direct consumption or feed crops for chickens.

Our question “How many chickens does it take to make an egg?” was inspired by the successful replacement of egg-based mayonnaise with plant-based mayonnaise in general dining at the University of California, Santa Barbara, in order to increase animal welfare. Our indicator of improved animal welfare due to decreased egg consumption was the reduction in number of chickens in the stressful and unhealthy conditions of the US egg industry. To measure this we calculated the ratio of chickens to eggs and found it takes 6.3 chickens to make 1000 eggs (0.0063 chickens per egg). This equals 158 eggs per chicken, less than half the amount of eggs per laying hen because of mortality from hatching to entering the laying flock, including the disposal of male chicks. In addition, greenhouse gas emissions, irrigation water, reactive nitrogen, and land use would be reduced 43–98% from that of eggs. While the impact of plant-based mayonnaise was relatively small, we also estimated the substitution of eggs with tofu, which had a much greater impact: substituting 50% of eggs with tofu in first-year student breakfasts on all UC campuses would reduce the number of chickens in the egg industry by 9245. If this substitution was made by the US population, the welfare and environmental benefits would be 29 thousand times greater. Reducing egg consumption would greatly improve chicken welfare even if welfare certified eggs are replaced, since the requirements of the most commonly used chicken welfare certification programs do relatively little to reduce chicken suffering.

Cleveland, D.A., Gee, Q., Horn, A., Weichert, L. and Blancho, M., 2020. How many chickens does it take to make an egg? Animal welfare and environmental benefits of replacing eggs with plant foods at the University of California, and beyond. Agriculture and Human Values, pp.1-18. 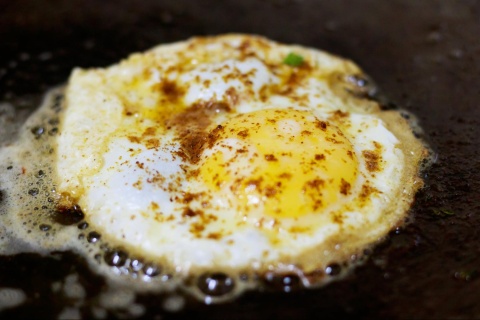 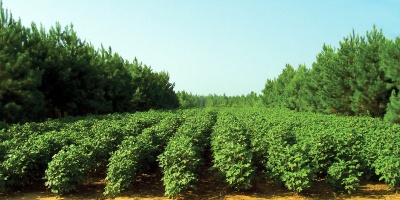 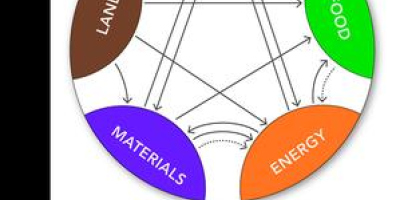 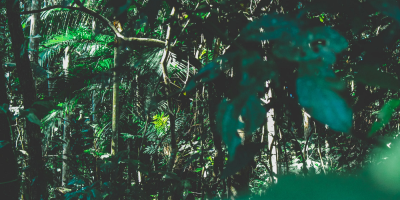