Many important marine species, including marine mammals, sea turtles and seabirds, are threatened by bycatch - i.e. being accidentally caught by fishers who are targeting other species. A new paper finds that around half of the populations threatened by bycatch could be protected by managing fish stocks to maximise fishery profits, which would reduce bycatch as a side-effect of reducing overfishing.

To protect some of the other threatened populations, fishers might have to become more accurate at targeting the species that they want to catch, e.g. through improved technology. Otherwise, in the case of fisheries that are already fished to sustainable levels, some profits might have to be forgone, as reducing fishing pressure would protect the threatened species.

Reductions in global fishing pressure are needed to end overfishing of target species and maximize the value of fisheries. We ask whether such reductions would also be sufficient to protect non–target species threatened as bycatch. We compare changes in fishing pressure needed to maximize profits from 4713 target fish stocks—accounting for >75% of global catch—to changes in fishing pressure needed to reverse ongoing declines of 20 marine mammal, sea turtle, and seabird populations threatened as bycatch. We project that maximizing fishery profits would halt or reverse declines of approximately half of these threatened populations. Recovering the other populations would require substantially greater effort reductions or targeting improvements. Improving commercial fishery management could thus yield important collateral benefits for threatened bycatch species globally. 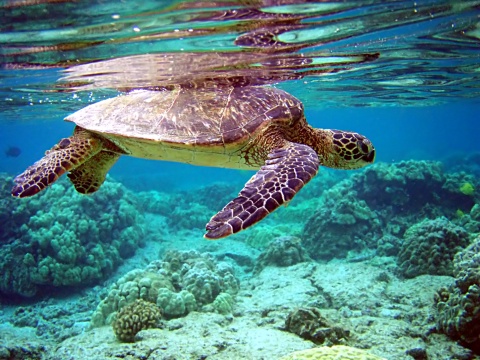