“Half Earth” conservation could affect over a billion people

Some conservationists propose a “Half Earth” strategy, whereby half of the Earth’s land and half of its sea would be set aside for natural ecosystems. This paper assesses the number and geographical distribution of people who could be affected by the Half Earth conservation plan.

Since the Half Earth strategy does not specify which areas are to be conserved, the paper based its calculations on the paper An Ecoregion-Based Approach to Protecting Half the Terrestrial Realm, which divides the Earth into 846 ecoregions (i.e. different types of ecosystems). Areas of land to be conserved are chosen within each ecoregion so as to prioritise avoiding areas of high population density and areas of agricultural land while still preserving land from every ecoregion.

The paper finds that one billion people currently live in areas of land that could be set aside under this particular Half Earth strategy, comprising 247 million people who live in currently protected areas and an additional 760 million people living in areas that have not yet been set aside.

The figure below shows the areas that would be brought into protection. The white areas are not conserved, and the yellow and green areas have low population density and would be conserved. The darker blue areas have high population density and include some perhaps surprising areas to be conserved, such as London. This is because some ecoregions, particularly small ones, are heavily populated, meaning that the algorithm for choosing land has no option but to select areas that have a high human footprint. Regarding this point, the authors say “Implementing Half Earth at the ecoregion level would clearly be in conflict with human activity, raising questions about the feasibility and diverse social implications of this strategy.”

Image: Figure 1, Schleicher et al. Additional areas to be protected to meet Half Earth 50% protection targets within each ecoregion.

The paper does not account for impacts on people who live near, but not in, areas of conservation. Since in reality people might lose access to resources in land set aside for conservation, the authors point out that the number of people estimated to be affected in this paper is a lower bound.

In light of continuing global biodiversity loss, one ambitious proposal has gained considerable traction amongst conservationists: the goal to protect half the Earth. Our analysis suggests that at least one billion people live in places that would be protected if the Half Earth proposal were implemented within all ecoregions. Taking into account the social and economic impacts of such proposals is central to addressing social and environmental justice concerns, and assessing their acceptability and feasibility.

Read the full paper here or view the PDF here. See also the Foodsource building block What is the land sparing-sharing continuum? 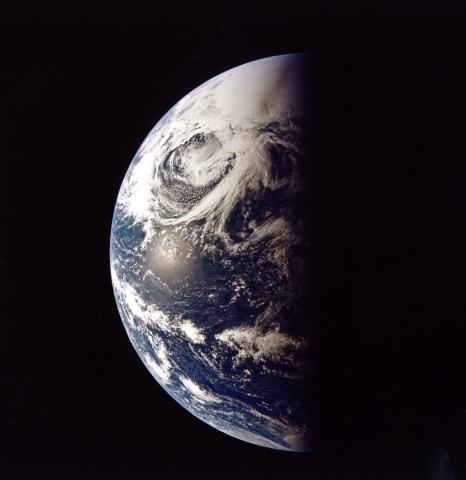