The experiment compared conventional levels of nitrogen, phosphorus and potassium fertiliser application to a reduced level of each. It also compared controlling weeds through herbicide (glyphosate) spraying and through mechanical weeding.

Compared to herbicide spraying, mechanical weeding had a small positive effect on soil function, increased the presence of underground animals (but only when mechanical weeding was combined with reduced fertilisation) and promoted insect family richness.

Oil palm plantations are intensively managed agricultural systems that increasingly dominate certain tropical regions. Oil palm monocultures have been criticised because of their reduced biodiversity compared to the forests they historically replaced, and because of their negative impact on soils, water, and climate. We experimentally test whether less intensive management schemes may enhance biodiversity and lessen detrimental effects on the environment while maintaining high yields. We compare reduced vs. conventional fertilisation, as well as mechanical vs. chemical weed control (with herbicides) in a long-term, full-factorial, multidisciplinary experiment. We conducted the experiment in an oil palm company estate in Sumatra, Indonesia, and report the results of the first 2 years. We measured soil nutrients and functions, surveyed above- and below-ground organisms, tracked oil palm condition and productivity, and calculated plantation gross margins. Plants, aboveground arthropods, and belowground animals were positively affected by mechanical vs. chemical weed control, but we could not detect effects on birds and bats. There were no detectable negative effects of reduced fertilisation or mechanical weeding on oil palm yields, fine roots, or leaf area index. Also, we could not detect detrimental effects of the reduced fertilisation and mechanical weeding on soil nutrients and functions (mineral nitrogen, bulk density, and litter decomposition), but water infiltration and base saturation tended to be higher under mechanical weeding, while soil moisture, and microbial biomass varied with treatment. Economic performance, measured as gross margins, was higher under reduced fertilisation. There might be a delayed response of oil palm to the different management schemes applied, so results of future years may confirm whether this is a sustainable management strategy. Nevertheless, the initial effects of the experiment are encouraging to consider less intensive management practices as economically and ecologically viable options for oil palm plantations. 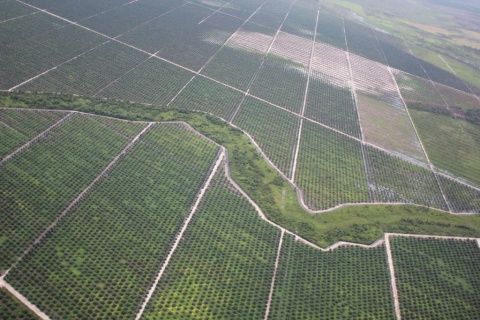