The global supermarket sector's commitments to protect public health are “generally disappointing”, finds FCRN member Claire Pulker of Curtin University. However, some progress is being made address food waste, assure food safety and quality, and support selection of healthy foods.

The systematic analysis assessed 31 of the world’s largest supermarkets against 14 different corporate social responsibility attributes, shown grouped into three main domains in the figure below.

Supermarkets have unprecedented political and economic power in the food system and an inherent responsibility to demonstrate good corporate citizenship via corporate social responsibility (CSR). The aim of this study was to investigate the world’s largest and most powerful supermarkets’ publically available CSR commitments to determine their potential impact on public health.

The world’s largest 100 retailers were identified using the Global Powers of Retailing report. Thirty-one supermarkets that published corporate reports referring to CSR or sustainability, in English, between 2013 and 2018, were included and thematically analysed.

Although a large number of themes were identified (n = 79), and there were differences between each business, supermarket CSR commitments focused on five priorities: donating surplus food to charities for redistribution to feed the hungry; reducing and recovering food waste; sustainably sourcing specific ingredients including seafood, palm oil, soy and cocoa; governance of food safety; and growing the number of own brand foods available, that are made by suppliers to meet supermarkets’ requirements.

CSR commitments made by 31 of the world’s largest supermarkets showed they appeared willing to take steps to improve sustainable sourcing of specific ingredients, but there was little action being taken to support health and nutrition. Although some supermarket CSR initiatives showed promise, the world’s largest supermarkets could do more to use their power to support public health. It is recommended they should: (1) transparently report food waste encompassing the whole of the food system in their waste reduction efforts; (2) support healthful and sustainable diets by reducing production and consumption of discretionary foods, meat, and other ingredients with high social and environmental impacts; (3) remove unhealthful confectionery, snacks, and sweetened beverages from prominent in-store locations; (4) ensure a variety of minimally processed nutritious foods are widely available; and (5) introduce initiatives to make healthful foods more affordable, support consumers to select healthful and sustainable foods, and report healthful food sales as a proportion of total food sales, using transparent criteria for key terms.

Read the full paper here. See also the Foodsource building block What is the nutrition transition? and our Plating up Progress? Project, which is developing metrics for sustainability in the food industry. 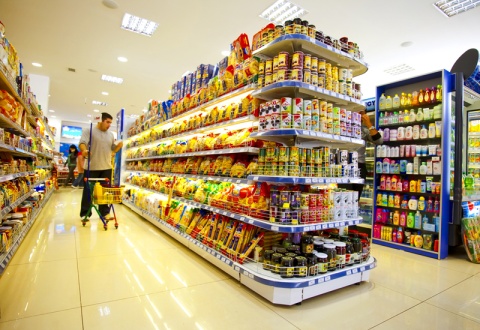