FCRN member Francesca Harris has co-authored this paper, which systematically reviews the water footprint of different types of diets around the world. The paper distinguishes between the use of blue water (ground and surface) and green water (rain).

The paper assessed the water use of four major dietary patterns identified in the 41 studies reviewed:

The figure below shows green and blue water footprints of average diets in different areas of the world. Green dietary water footprint is highest in Europe (2999 L/day per person), which the authors partly attribute to high consumption of animal source foods such as meat, which are major contributors to green water use.

On average, “healthy” diets recommended in national guidelines use 6% less green water than “average” diets actually consumed, but use the same amount of blue water, as shown below. The lack of difference in blue water footprint is because “healthy” diets tend to include crops with relatively high blue water use, such as fruits, oils and nuts. Reducing or removing animal source foods from diets reduces both green and blue water use (even after accounting for substitution with other foods).

Agricultural water requirements differ between foods. Population-level dietary preferences are therefore a major determinant of agricultural water use. The “water footprint” (WF) represents the volume of water consumed in the production of food items, separated by water source; blue WF represents ground and surface water use, and green WF represents rain water use. We systematically searched for published studies using the WF to assess the water use of diets. We used the available evidence to quantify the WF of diets in different countries, and grouped diets in patterns according to study definition. “Average” patterns equated to those currently consumed, whereas “healthy” patterns included those recommended in national dietary guidelines. We searched 7 online databases and identified 41 eligible studies that reported the dietary green WF, blue WF, or total WF (green plus blue) (1964 estimates for 176 countries). The available evidence suggests that, on average, European (170 estimates) and Oceanian (18 estimates) dietary patterns have the highest green WFs (median per capita: 2999 L/d and 2924 L/d, respectively), whereas Asian dietary patterns (98 estimates) have the highest blue WFs (median: 382 L/d per capita). Foods of animal origin are major contributors to the green WFs of diets, whereas cereals, fruits, nuts, and oils are major contributors to the blue WF of diets. “Healthy” dietary patterns (425 estimates) had green WFs that were 5.9% (95% CI: −7.7, −4.0) lower than those of “average” dietary patterns, but they did not differ in their blue WFs. Our review suggests that changes toward healthier diets could reduce total water use of agriculture, but would not affect blue water use. Rapid dietary change and increasing water security concerns underscore the need for a better understanding of the amount and type of water used in food production to make informed policy decisions. 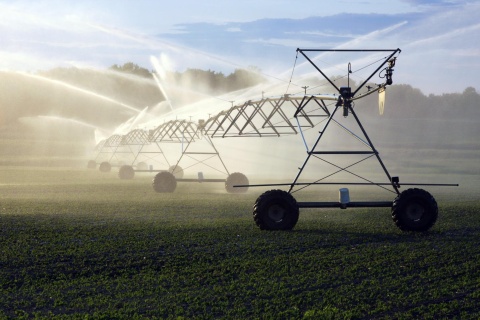