This paper uses data from 1961 to 2010 to assess the effects that extreme weather events had on nutrient supplies (micronutrients, macronutrients and fibre) in different countries. Extreme weather generally had a small but negative impact on nutrient availability. The effects were more pronounced in both land-locked developing countries and in low-income food deficit countries, with nutrient supply decreasing by between 1% and 8%.

The figure below shows how a selection of micronutrient supplies were affected in the time surrounding the extreme weather events (view Figure 3 of the full paper for all micronutrients and fibre supply). As shown, landlocked developing countries are particularly badly affected for some micronutrients, which the authors suggest could be due to a lack of access to trade through ocean ports and also because landlocked countries tend to have less arable or irrigated farmland than coastal countries.

We collected data from the International Disasters Database and the Global Expanded Nutrient Supply model for the period 1961–2010, and applied superposed epoch analysis to calculate the percentage change in nutrient supply during the year of an extreme weather event relative to its historical context. We composited globally and by subgroup (EU, landlocked developing countries, least developed countries, low-income food deficit countries, and net food-importing developing countries). Lastly, we reported nutrient supply changes in terms of recommended dietary allowance for children aged 1–3 years.

The global effects of extreme weather events on nutrient supply found in this study are modest in isolation; however, in the context of nutrient needs for healthy child development in low-income settings, the effects observed are substantial. 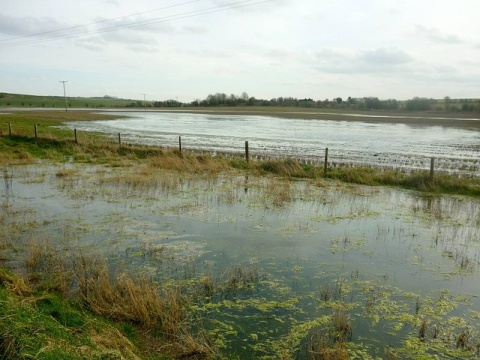