Food systems cause a third of global GHG emissions

In 2015, 34% of anthropogenic greenhouse gas emissions were caused by the food system, according to this paper - a proportion that has fallen over time. Most of these emissions (71%) were from agriculture and land use or land use change, with the rest from other supply chain stages.

The figure below breaks down the emissions estimates by supply chain stage. As shown, food system emissions in “developing” countries are more heavily concentrated within the land-based stage, in comparison to industrialised countries, where a greater proportion of emissions are in subsequent supply chain stages.

A breakdown of emissions by gas is available in Figure 3 of the original paper: globally, 52% of food emissions are from carbon dioxide, 35% from methane, 10% from nitrous oxide, and 2% from fluorinated gases. Emissions from different gases are compared on the basis of GWP100, where CO2 eq. is calculated using the GWP100 values used in the IPCC AR5, with a value of 28 for CH4 and 265 for N2O. For more on alternative ways of calculating the warming effect of short-lived greenhouse gases such as methane, see the Table explainers Agricultural methane and its role as a greenhouse gas and Methane and the sustainability of ruminant livestock.

Between 1990 and 2015, total food systems emissions increased by 12.5%, while food’s share of total emissions fell from 44% to 34%. There is a difference between emissions patterns in developing and industrialised countries: while both total food emissions and their share of the total stayed almost level in industrialised countries, food’s share of emissions in developing countries fell from ~70% in 1990 to ~40% in 2015 because of a decrease in deforestation and an increase in non-food emissions.

Per capita food emissions have fallen from roughly 3.0 t CO2 eq. in 1990 to 2.4 t CO2 eq. in 2015. Table 1 of the paper breaks down per capita emissions by region. The authors stress that these numbers are not consumer footprints, which assign impacts from around the world to the diets consumed by individuals. Rather, they reflect the food emissions produced within each region and are therefore influenced by the structure of each region’s economy and food system.

We have developed a new global food emissions database (EDGAR-FOOD) estimating greenhouse gas (GHG; CO2, CH4, N2O, fluorinated gases) emissions for the years 1990–2015, building on the Emissions Database of Global Atmospheric Research (EDGAR), complemented with land use/land-use change emissions from the FAOSTAT emissions database. EDGAR-FOOD provides a complete and consistent database in time and space of GHG emissions from the global food system, from production to consumption, including processing, transport and packaging. It responds to the lack of detailed data for many countries by providing sectoral contributions to food-system emissions that are essential for the design of effective mitigation actions. In 2015, food-system emissions amounted to 18 Gt CO2 equivalent per year globally, representing 34% of total GHG emissions. The largest contribution came from agriculture and land use/land-use change activities (71%), with the remaining were from supply chain activities: retail, transport, consumption, fuel production, waste management, industrial processes and packaging. Temporal trends and regional contributions of GHG emissions from the food system are also discussed. 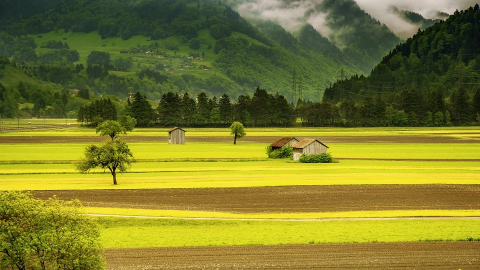