Effects of a consolidated seed sector on the food system

This perspective article by Jennifer Clapp examines the effects of corporate consolidation in the global seed and agrochemical industry. Clapp argues that corporations in this sector with concentrated power can influence the wider food system in many ways, including by influencing markets, technology and governance. The global seed and agrochemical sector is dominated by just four firms - Bayer, Corteva, ChemChina-Syngenta and BASF - down from six in the early 2000s.

This issue is particularly important in the run-up to the UN Food Systems Summit, notes Clapp, since civil society has raised concerns that the Summit does not sufficiently address the issue of corporate power.

The paper sets out ways in which concentrated corporate power can influence the food system, including:

The paper concludes by setting out strategies for reining in corporate power over the food system, including:

What are the potential consequences when a relatively small number of large firms come to dominate markets within the global food system? This Perspective examines the implications of corporate concentration and power in the global seed and agrochemical industry, a sector that has become more consolidated in recent years. It outlines the pathways via which concentrated firms in this sector have the potential to exert power in food systems more broadly—both directly and indirectly—in ways that matter for food system outcomes. Specifically, concentrated firms can shape markets, shape technology and innovation agendas, and shape policy and governance frameworks. This Perspective makes the case that a range of measures are needed to ensure that corporate concentration and power do not undermine key goals for food systems, such as equitable livelihoods, sustainability and broad-based participation in food system governance. These include measures to strengthen competition policies, to bolster public sector support for diverse food systems, and to curb corporate influence in the policy process. 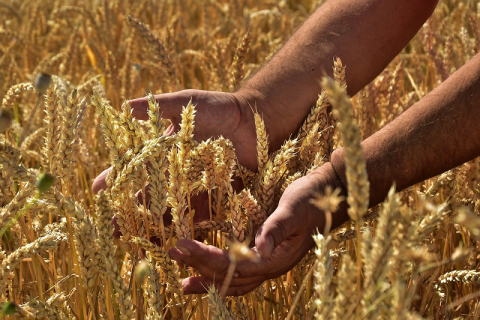