This paper finds that production of the top ten global crops has already been affected by climate change, with mixed impacts across both crop type and geographical area. Oil palm has seen a 13% decrease in yields relative to those that would have been seen under historical climate conditions, while soybean has seen a 4% increase.

The paper made its estimates by modelling the links between observed weather and observed crop yields between 1974 and 2008. The change in yields due to climate change was estimated as the difference in the output of the model between current climate conditions (2008) and historical climate conditions (defined as the 30-year average weather prior to 1974).

Crops that have likely seen higher yields due to climate change include soybean, sorghum and sugarcane, while oil palm, barley and wheat are among the crops that have likely seen a decrease in yields due to climate change. However, yield changes were varied geographically - for example, rice and soybean had both positive and negative yield trends in different areas.

Out of the 53 countries that had “serious, alarming, or seriously alarming” hunger in 2008, approximately half have seen a decrease in available calories due to climate change (based on this paper’s model), with some of the greatest decreases being in Zimbabwe (-7.2%), Malawi (-6.5%) and Mali (-3.9%).

Crop yields are projected to decrease under future climate conditions, and recent research suggests that yields have already been impacted. However, current impacts on a diversity of crops subnationally and implications for food security remains unclear. Here, we constructed linear regression relationships using weather and reported crop data to assess the potential impact of observed climate change on the yields of the top ten global crops–barley, cassava, maize, oil palm, rapeseed, rice, sorghum, soybean, sugarcane and wheat at ~20,000 political units. We find that the impact of global climate change on yields of different crops from climate trends ranged from -13.4% (oil palm) to 3.5% (soybean). Our results show that impacts are mostly negative in Europe, Southern Africa and Australia but generally positive in Latin America. Impacts in Asia and Northern and Central America are mixed. This has likely led to ~1% average reduction (-3.5 X 1013 kcal/year) in consumable food calories in these ten crops. In nearly half of food insecure countries, estimated caloric availability decreased. Our results suggest that climate change has already affected global food production.

Read the full paper here. See also the Foodsource resource What impacts have already been observed? 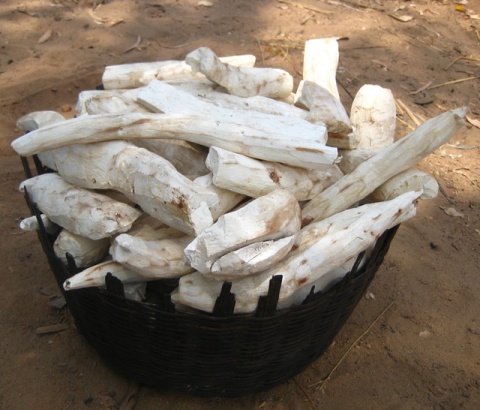