The authors conclude that, to prevent biodiversity from becoming a declining public and political priority, conservationists need to look at the discourse on climate change, analyse how it has been predominant environmental topic in recent years and adopt similar approaches.  It notes with approval the recently formed Intergovernmental Science-Policy Platform on Biodiversity and Ecosystem Services (IPBES). This is intended to be bioversity’s answer to the Intergovernmental Panel on Climate Change and was set up to coordinate and synthesise scien­tific understanding of biodiversity loss (www.ipbes.net). The paper also argues that conservationists must take advantage of interest in climate change by promoting policies that address both issues, since many of the solutions advocated to mitigate climate change could have synergistic value for biodiversity.  The evolution of REDD -the United Nations’s Reducing Emissions from Deforestation and Forest Degradation (REDD) program (www.un-redd.org) is an example of an initiative where synergies can be pursued.  In all, the paper concludes that conserva­tionists need to be proactive and take this opportunity to use the growing interest in climate change as a flagship to lever­age more awareness, support, and action to prevent further biodiversity loss.

The growing prominence of climate change has led to concerns that other important environmental issues, such as biodiversity loss, are being overshadowed. We investigate this assertion by examining trends in biodiversity and climate change coverage within the scientific and newspaper press, as well as the relative distribution of funding through the World Bank and the National Science Foundation, since the late 1980s. Our indicators substantiate some of these fears. To prevent biodiversity from becoming a declining priority, conservationists need to analyze the discourse surrounding climate change and determine how it has become the predominant environmental topic. In addition, given the common drivers of biodiversity loss and climate change, we argue that win–win solutions must be sought wherever possible. Conservationists need to be proactive and take this opportunity to use the mounting interest in climate change as a flagship to leverage more support and action to prevent further biodiversity loss.

Read the full study here and further coverage of the study here.

The FCRN research library has a specific section on public attitudes on climate change here. 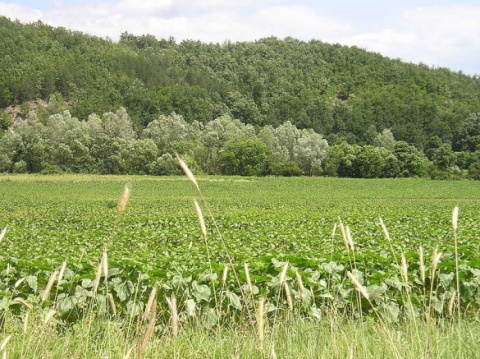