This commentary published in Science Letters, discusses new data recently released by FAO’s statistical division, and makes the case that the current large-scale reversion in pasture area is opening up a potential conservation opportunity. Author and FCRN member Joseph Poore argues that as grazing of land has become more intensive globally, we are seeing ruminant outputs increasing while large agricultural areas are being abandoned, and he argues that this offers a new opportunity for land-sparing conservation.

Keywords
Grazing and grassland
Land governance
Land use and land use change
Land-sparing vs. land-sharing

The FAO data from the FAOSTAT Database (2015) shows that since 1998, 62 million hectares of pasture has been abandoned around the world, across a wide range of ecoregions, including arid and semi-arid, in Australia and Iran, and temperate, in New Zealand and France. Even though this implies a loss of agricultural land, ruminant output has been shown to increase by 35%, suggesting that we are meeting food demand in many countries.  Poore says that this is largely a consequence of strategies aimed at increasing ruminant yields (i.e. higher feed conversion efficiencies achieved through changes in feed composition and higher pasture yields).

He also argues that this suggests the emergence of a major global land sparing opportunity. However, Poore also highlights the problems of pasture areas that are still expanding in some highly sensitive ecosystems such as in Asia and Latin America and mentions the detrimental effects of farming intensification for animal welfare. He urges readers to consider if, by returning habitat to some life forms, we are simply doing so at great cost to others.

Read the commentary here (requires journal access) and see the full new FAO statistics here as well as here for more on the particular statistics on live animals - production.

It is worth reading this commentary in the context of the paper by De Oliviera Silva et al (2016) and Schader et al (2016). 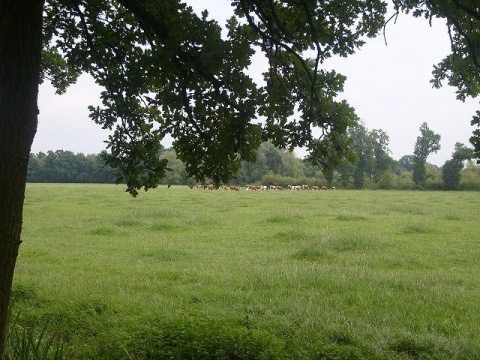