Neoliberalism is an ideology and a political and economic policy model that emphasises the importance of freedom from state intervention, the privatisation of public goods, and the primacy of economic growth and free market competition. Neoliberal policies were championed in the 1980s by US President Ronald Reagan and UK Prime Minister Margaret Thatcher – these policies included cuts to state spending and efforts to promote economic growth by privatising public services and deregulating the corporate sector. Neoliberal thinking has since gained traction amongst many national and global policy makers, and in the 1980s and 1990s led by the World Bank and International Monetary Fund to promote economic restructuring in countries around the world. More recently however, neoliberalism has received various levels of criticism. The 2008 financial crisis for example has prompted many economists and policymakers to call for greater government regulation of the financial and banking sectors. Although neoliberalism is recognised for increasing the wealth of certain portions of the world’s population, it has also been responsible for widening socio-economic inequalities and worsening climate and environmental crises. Debates about the value of economic growth and the ability of markets to efficiently and fairly allocate resources are therefore ongoing. 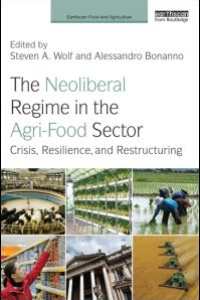 The Neoliberal Regime in the Agri-Food Sector - Crisis, Resilience, and Restructuring 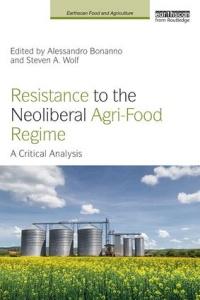 Book: Resistance to the neoliberal agri-food regime. A critical analysis

This new book explores the current resistance to the corporate neoliberal agri-food regime. It theorizes and empirically assesses the strengths,…